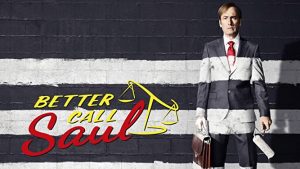 “The wicked flee when no man pursueth” Jimmy

The wonderful Rhea Seehorn directed this episode and there are some nice touches. More pieces of the puzzle get filled in as we get ever closer to the end. 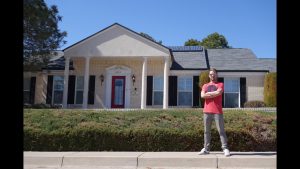 The cold open shows an older couple cycling through a quiet neighborhood. They get home and we see armed men and an intricate surveillance station. They’re keeping an eye on a big mansion. More on that later. 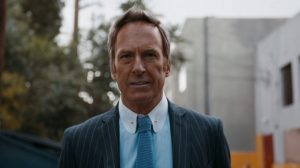 Kim and Jimmy’s plan to soil Howard’s reputation continues. While Howard is having a therapy session, Jimmy, made up to look like Howard, takes his car, picks up a prostitute. Kim having lunch with Cliff Main (Ed Begley Jr.) coordinates with Jimmy so just at the right time Jimmy will drive by the restaurant and make a show of throwing the prostitute out of the car. Cliff takes the bait and believes that it was Howard. Jimmy gets the car park to the therapist’s but the cone he left in the parking spot was tossed aside and another car is there. He manages to pull up the “Patient’s Parking” sign and plant it where he parks Hoard’s car just in the nick of time as Howard approaches. Everything goes off without a hitch! 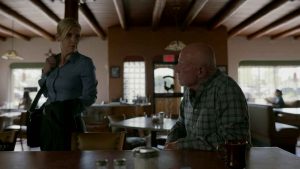 Meanwhile, Kim has set up shop at the El Camino, meeting with her clients and prepping their cases in her favorite booth. It is during one of these consultations that she spots that car that she keeps thinking is following her. She decides to confront them. They don’t give her any trouble, apologize and drive off. Later, at the end of the day, we get to see a first! Kim finally meets Mike. Those were Mike’s guys in the car that have been following her and Jimmy. He tells her that Lalo is still alive and they have been keeping an eye on her and Jimmy in the even that Lalo may try to contact them. As Mike leaves Kim suddenly remembers where she’s seen him before. “You used to be the parking lot attendant at the court house”. Man, that seemed so long ago. 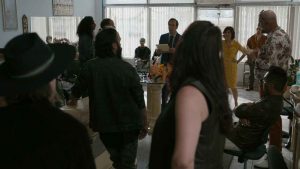 Back at the courthouse word has gotten around that Jimmy lied about representing a member of a drug cartel and is being shunned. It’s sad because Jimmy was universally loved by everyone and no he’s a pariah. The upside is that he gets inundated with new clients. This cause a problem at the nail salon and he is told to leave. The episode ends with him showing Kim his new office space. The grubby space that we all know from Breaking Bad. Kim is not impressed but it is close to the courthouse and bail bondsman offices and a great taco spot which they head to for dinner. 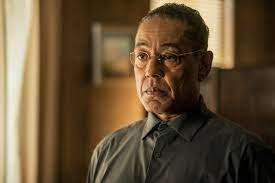 So back to that mansion under surveillance.  Turns out it belongs to one Gus Fring! Gus comes home and changes his clothes revealing that he was wearing a bullet proof vest. Gus then opens up a secret room which leads to a tunnel that somehow, connects his mansion to the house we saw in the cold open. Mike and his men have Gus’ house under surveillance waiting for Lalo to try something. Mike tells Gus it’s been two weeks and no sign of Lalo. But Gus is certain that Lalo will make a move. So they wait. 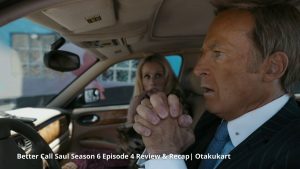 The prostitute that Jimmy enlist to help with Operation Howard was no other than Wendy! She made a few appearances in Breaking Bad, helping out Jesse.

We do get to see a little of Howard’s therapy session. He seems like a lonely man. And it gives us a chance to empathize with him. 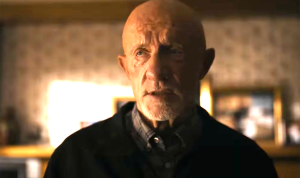 I love that Gus complains about one of Mike’s men that he has placed as a cook at Los Pollos Hermanos. You said he had short order cook experience. He is not Los Pollos material.”  Mike promises to find someone else.

Kim asks Mike why he was telling her that Lalo was still alive and not Jimmy. “Because I think you’re made of sterner stuff.”, he tells her. Makes me think Mike will come to her later to do something that may be pivotal and tragic. 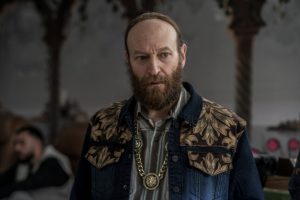 Spooge is  a character that we’ve seen before. He was in a Season 2 episode of Breaking Bad called “Peekabo”. He also ends up dead.