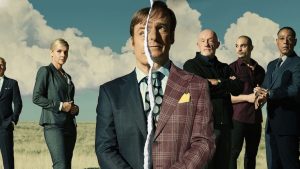 The final season of Better Call Saul has arrived and I am both excited and sad. When the show began I was sure we would see sweet, well meaning Jimmy McGill (Bob Odenkirk) transform into the slick, corrupt Saul Goodman by the end of season one but that didn’t happen. In fact, after seeing the first two episodes of this final season he is still nowhere near being Saul Goodman yet. What’s even more surprisingly and tragic is that Jimmy’s moral compass and girlfriend, now wife, Kim Wexler (Rhea Seehorn), seems to have morphed into Saul Goodman. 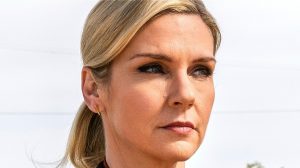 The past five seasons have meticulously built up to this. We know what happened to Walter White (dead), Jesse Pinkman (free and living in Canada), Mike Erhmantrout (dead), Gustavo Fring (dead) and even Saul Goodman/ Jimmy McGill (hiding in Omaha, Nebraska). But what about Kim Wexler? We never see her in Breaking Bad but then again, we never see Saul Goodman’s life apart from Walter White and Jesse so she may be alive and well and still with Jimmy. But, the beautiful opening sequence of Episode One hints at something different.

EP One: Wine and Roses

“A cathedral of justice” Kim Wexler

The opening montage begins with a cascading waterfall of colorful ties falling into a box. Movers are packing up artwork and furniture from a decadently decorated mansion. This is Saul Goodman’s home. Saul has skipped town for Nebraska now that his client has been exposed as Heisenberg. The house has a pool, a golden toilet, a collection of drugs including Viagra and a huge closet filled with suits and shirts. This is all happening to the tune of The Days of Wine and Roses, written by Henry Mancini for the 1962 film of the same title which starred Jack Lemmon as an alcoholic ad man who meets and marries a sweet, innocent blond, Lee Remick and then proceeds to drag her into his alcoholic abyss, one that he manages to escape from. She doesn’t. Foreshadowing?

Back to the past. Its 2004 and Jimmy and Kim believe that Lalo Salamanca (Tony Dalton) is dead and that they are clear of any more doings with the drug cartel. Kim gets Jimmy to go along with her plan to ruin Howard Hamlin’s (Patrick Fabian) reputation by spreading the word that he has a drug problem and force Clifford Main (Ed Begley Jr.) to move ahead with the Sandpiper settlement which would be a big payday for both of them. Meanwhile, Kim is happily back to being a public defender and very enthused for Jimmy to start creating his Saul Goodman persona. Saul Goodman needs an office, a flashy one in a good location. “A cathedral of justice”, Kim calls it. As we come to know, his office is no cathedral,

The first step in Kim’s plan is having Jimmy plant a bag of cocaine in Howard’s locker at the golf club while Howard and Cliff play nine holes. The plan almost goes awry when club member Kevin Wachtel (Rex Linn) spots Jimmy and wields his power to deny Jimmy even a tour of the facility. Jimmy puts on a great show alleging the club is discriminating him because he’s Jewish! Saul Goodman, right? he manages to plant the packet of white powder (baby powder) and when it falls out of Howard’s locker Cliff notices it. 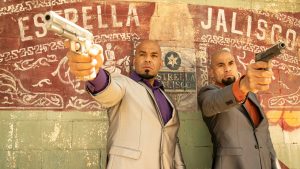 Out in the desert, in Mexico, Nacho Varga (Michael Mando) is on the run. He has set up Lalo to be assassinated and doesn’t yet know that the attempt failed. He ends up holed up in a run down hotel waiting for rescue. He keeps calling Mike who doesn’t answer. Gus is worried that the Salamancas will think that he was behind it. The hitmen Salamanca brothers are already on the job seeking who murdered their cousin Lalo. Lalo, alive and well, visits a couple whom he has been helping, has a cup of coffee and then encourages the husband to shave and clean up. It turns out the man is a spot on lookalike for Lalo. We assume Lalo murders them both, probably hoping the federales will find the body and confirm that Lalo is dead. Lalo prepares to sneak back into the US but first calls his uncle, Hector (Mark Margolis) and lets him know that he is alive but to keep it a secret for now. he also tells him that it was the “chicken man” who tried to kill him. Hector manages to convey to Lalo that he needs proof before he kills Gus. So Lalo sets out to find Nacho. When Gus visits Hector to convey his condolences he senses it. Lalo is still alive. 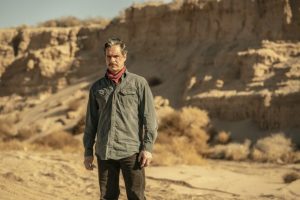 “Whatever happens next it’s not going to go down the way you think it is.” Mike

Mike shows up at Nacho’s house and pays of the two women who have been waiting for Nacho’s return to get out and far away from there. His guys bust open Nacho’s safe and Mike empties it and puts all the money in a new safe along with an envelope that will further implicate Nacho in Lalo’s assassination attempt by having the phone number of the hotel that Nacho is hiding in written on a Mexican bank statement. One thing he doesn’t place in the new safe is the fake Canadian ID card Nacho had made for his father. Mike is trying to keep Nacho’s father out of this mess. 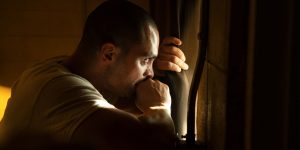 Nacho is holed up in that hotel room when he notices someone shows up and gets a room across the way from his. he knows he’s being watched. He kicks out the air conditioner in the back of his room and sneaks out to surprise the man. When Nacho realizes that he has been betrayed it’s too late. The Salamanca boys have shown up with their crew. It’s a brilliantly directed action sequence. Nacho manages to escape, barely, but he can’t survive for long.

Mike wants to go find Nacho and protect him while also keeping him out of the hands of Don Bolsa and The Salamancas lest they discover Gus was behind the hit. Gus would prefer Nacho dead. When Gus also tells Tyrus to bring Nacho’s father to him Mike puts his foot down. Tyrus puts his gun in Mike’s face, ready for Gus to give the order. Mikes call starts buzzing. Its Nacho. He wants to speak to Gus. 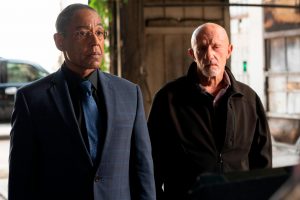 Mike and Gus’ relationship is very different from what it becomes in Breaking Bad. Mike is more defiant. Mike stands up to Gus when he feels what’s left of his ethics won’t abide.

Jimmy continues to put Kim’s plan into play. Kim is really pulling the strings now. It’s her show and Jimmy is just her instrument. Jimmy contacts his old friends, Craig and Betsy Kettleman, a couple that Jimmy represented way back in season one and who were ruined due to Craig’s embezzlement. They now run a crooked income tax business from a trailer home/office with a giant inflatable Statue of Liberty outside. Perhaps it’s the same one that Saul will one day have on the roof of his office? 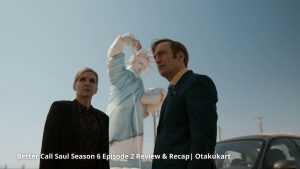 Jimmy proposes filing a lawsuit in order to clear Craig’s name by claiming that their legal representation was compromised due to Howard Hamlin’s “drug problem”. They take the bait and try to get Clifford Main’s law firm to take the case. Cliff laughs them out of his office, unable to believe that Howard could be a drug addict but he can’t help thinking about the incident at the golf club. The seed has been planted. 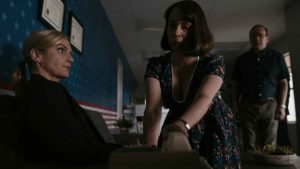 When the Kettlemans threaten to spill the beans to Howard Jimmy tries to bribe them but they don’t want money. They want Jimmy to clear Craig’s name and restore them to their previous stature. When Jimmy can’t contain the situation Kim steps in. “OK. Enough carrot.” She then threatens to turn them in for tax fraud. She is cold and scary while doing this and Jimmy recedes in the background in quiet terror.

“Wolves and sheep.” Jimmy says as he gets into the car. Kim has turned into a wolf and Jimmy still a sheep. 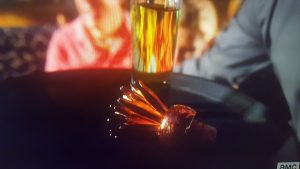 Something falls out of a dresser that is being loaded onto a van. It is the bottle top of that Zafiro Anejo tequila that represents the spoils from the first con that Jimmy and Kim did together back at the beginning.

The restaurant that Jimmy meets Kim at is called El Camino, a shout out to the stand alone Jesse Pinkman movie. 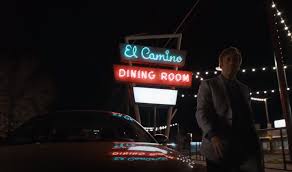 Gus carelessly knocks over and shatters a glass, very unlike Gus though, he meticulously picks up every shard and deposits it into the trash.

The song that plays over the opening montage is the Jackie Gleason version of The Days of Wine and Roses. Henry Mancini’s beautifully sad music for the 1962 film.

Kim sees the “World’s 2nd Best lawyer” coffee mug that she gave Jimmy, with a bullet hole shot through it. She tosses it in the trash. Does it represent the past? Innocence? The old Kim. 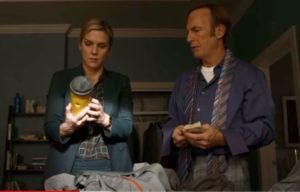