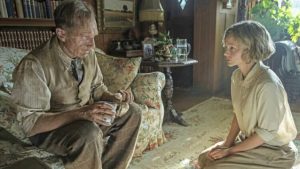 This is the kind of British drama that you don’t see much of any more. based on the true story of the 1939 excavation of Sutton Hoo, a rural estate in suffolk which revealed the ruins of a ship and artifacts dating back to the Anglo-Saxon, 6th or 7th century. 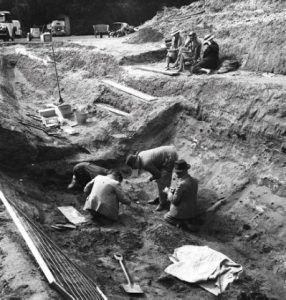 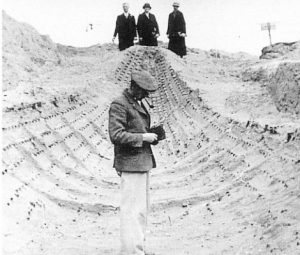 The film is directed by Simon Stone (his 2nd film) and written by Moira Buffini (Jane Eyre 2011) based on the novel The Dig by John Preston. It is a lovely film with a strong cast that tells an amazing story which I had never heard about before. 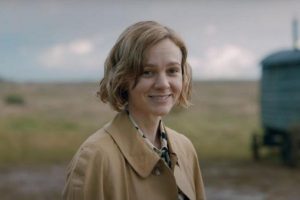 In 1939, Edith Pretty (Carey Mulligan) hires Basil Brown (Ralph Fiennes) a local excavator and self taught archeologist to dig into some large burial mounds on her estate. There is some tension at the start but they come to respect each other and Brown takes a liking to Edith’s young, imaginative son, Robert (Archie Barnes). Soon enough, Brown, with the assistance of two of Edith’s employees, make a huge discovery. The local museum and eventually the National British Museum come in and take over the dig but Edith is insistent that Brown stay on. More help comes led by renown archeologist Charles Phillips (Ken Stott), Stuart (Ben Chaplin) and Peggy (Lily James) Piggot and Edith asks her cousin Rory (Johnny Flynn) to take photos. Meanwhile, Edith is diagnosed with a weak heart and her health begins to worsen. The Piggots are newly married and Peggy becomes aware that Stuart is not as much interested in her as he is in one of their male colleagues and begins to start a romance with Rory. Brown, encouraged by his wife, May, stays on in the hopes of receiving some credit for the initial discovery and also to look after Edith’s interest. 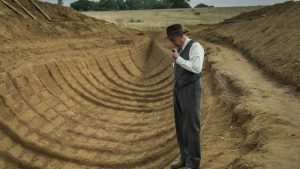 What they find is amazing, a treasure trove of artifacts and then there is the struggle as to what will be done with the artifacts as the country prepares for war. 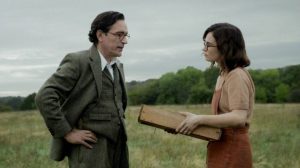 This really is a lovely film. Fiennes and Mulligan are very good and you root for them to succeed. I loved the relationship between Basil and May, she knows him and supports him and pushes him to fight for credit. The other stories are woven in nicely with a cast of familiar faces. The young son delivers some heartfelt moments that I wasn’t expecting. The love triangle is thrown in to add a little romance and those actors are pretty and future stars in their own right. Historically, the film does take some liberties but it brings us an amazing piece of history that most probably never heard of, like myself. 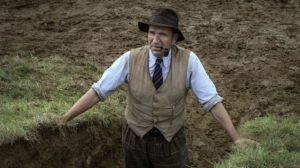 The Dig may not be a great movie but it’s solid, old fashioned storytelling and a nice respite from these anxiety filled times.

Previous MALCOLM AND MARIE Next JUDAS AND THE BLACK MESSIAH