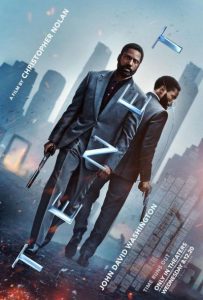 I am a big Christopher Nolan fan. I’ve loved every one of his films, some more than others with Inception being my favorite. I was really bummed that I wasn’t able to see this in the theaters because, you know, the Pandemic. I finally bought it On Demand and sat down to watch it. I had heard that it was really complicated and didn’t make any sense but I was very proud of myself that I had refrained from reading any reviews so I went into it really not knowing anything about the plot or what happens. It didn’t matter. I struggled to understand what was happening from the get go. This was, by far, the most difficult to understand of all his films. I watched it once. I went to the internet and found an article that explained what everything meant in the film, at least, this one person’s opinion, then I went back and watched it again. It helped. But, otherwise, there would be no way to understand what anything meant or what was going on. Maybe a third or fourth viewing if I didn’t read that article. 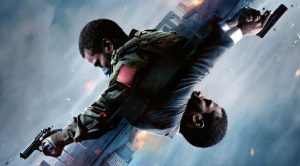 Now, all this being said, I really loved the film! How can that be, you say? Because films don’t always have to make sense (see David Lynch). Film is a visual medium like painting and just like some paintings, are open to multiple interpretations. There are some films you could be mesmerized by, visually or emotionally and not even like the movie but you can’t help but watch and even recommend (see Peter Greenaway). All of Nolan’s films are challenging and require your full attention but I have always been able to follow and ultimately, understand everything that happened, the whys and the hows. But Tenet, really put me through it.

There is no way that I can explain what happened because it would require a lot of work and words and hell, this is just a movie you need to experience for yourself. But I will offer some tips that could give you a chance to enjoy Tenet properly, in my honest opinion (see IMHO). 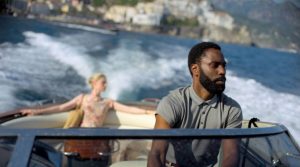 1. Sit down and watch it. Do not allow yourself to be distracted. You may miss something that will be important later in the film. I noticed several things the second time that I missed previously and it made a difference. This is most definitely not the type of film you can keep pausing and watching in segments or over two days. That’s a losing battle. And I mean, don’t be trying to eat or sneak a look at your phone, nothing! Stay focused, people! 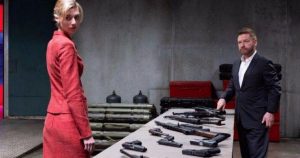 2. This is Christopher Nolan’s James Bond Film. If you go into it thinking you’re watching a James Bond movie it will be very helpful. You have a black James Bond (John David Washington), a Russian Villain (the excellent Kenneth Branagh), Felix Lighter (the impressive Robert Pattinson), a Bond Girl or to be more PC, Bond Woman (the lovely and tall Elizabeth Dibicki) and you have an M (Michael Caine). 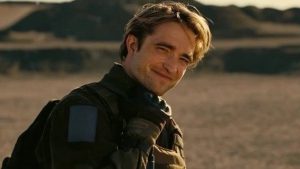 3. There is an opening action sequence (see James Bond) and then three scenes of exposition. Make sure you have good sound and turn it up and listen. Will it make sense? No. But, it does in the world of Tenet and it will make a difference even if you’re still confused. All of Nolan’s films are about deception (The Prestige) and perception (Inception) and reveals (Memento). Tenet is a maze and don’t get frustrated because you don’t make your way out. It will take a few viewings. And that’s just fine because the filmmaking is exceptional. 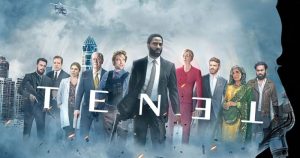 So, yes, I highly recommend Tenet. It is a thrill ride and it’s ambitious and challenging and beautiful to look at. Nolan does not like to use CGI which makes everything even more impressive. The performances are solid, especially Branagh. I am left wondering how Nolan will top this or will his next film be the compete opposite, perhaps a romance. But he would complicate that as well, I’m sure.