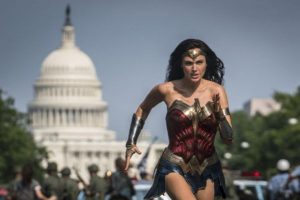 I really loved the first Wonder Woman (2017). I found it charming and exciting and with just the right amount of humor, romance and action. I was very much looking forward to this sequel. I’m sorry to say that I was disappointed. The sequel mostly takes place in Washing DC in the year 1984. We get a taste of the ugly outfits but no 80s songs! Gal Gadot looks more beautiful than ever as does Chris Pine, miraculously, back from the dead. They, again, have great chemistry and their scenes together have a spark that the rest of the movie lacks. 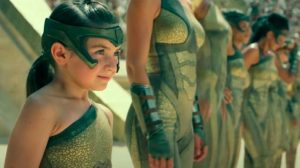 The movie has a cold open that is fantastic. We see a little Diana Prince eager to compete with the older warriors in a multi stage athletic competition. Her other, Queen Hippolyta (Connie Nielsen) nervously looks on and her aunt, Antiope (Robyn Wright) gives her sage advice. This opening is reminiscent of the cold open of Indiana Jones and The Last Crusade when we see a young Indiana have his first adventure. Its a nice touch and plants the seed that will echo throughout the film; ‘no true hero is born from lies’. 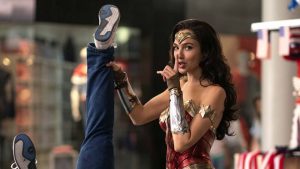 The movie then moves into 1984 and we see a montage of good deeds and crime fighting by Wonder Woman (Gal Gadot) that comes across little too cheesy for me, a little too cartoonish. We get introduced to Diana’s new colleague at work, the pitifully shy and nerdish Barbara Minerva (Kristen Wiig) who immediately develops a crush on Diana. We are also introduced to Max Lord (Pedro Pascale) a slick businessman who runs commercials on TV selling his success of which there is little. The crux of the story hinges on a retrieved artifact that grants wishes. This ‘Dreamstone’ works like a ‘Monkey’s Paw’. You are granted a wish but always at a cost. max Lord is desperate to get his hands on this so that he can turn his business and life around. Once he gets his hand on it all chaos breaks loose and its a race against time for Wonder Woman to stop him before the entire world is destroyed. 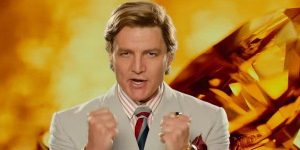 Wonder Woman 1984 has a great opening and a solid ending but in between, it just feels meandering. Kristen Wiig gives a strong performance. Pedro Pascal give his all as the main villain. He really lets loose and tries to make it work. His plot for power just doesn’t resonate very well for me. It’s very convoluted and therefore the resolution is also convoluted. By that I mean, you don’t get the necessary tension and thrill that usually comes with these super hero films. 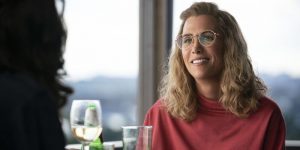 Obviously, we get Steve Trevor (Chris Pine) back because Diana has never gotten over him and wishes him back to her. In the first film, she was the fish out of water and a lot of humor and charm derived from that. Here, he is the fish out of water and they wring it for all it’s worth. Pine does an admirable job and their scenes together are the most natural in the film. 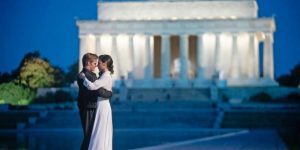 Director Patty Jenkins knows how to put an action sequence together and there are a few here but the pacing is off. It takes a long time to get to the start of the major conflict and by that time you’ve lost interest. It’s a real shame. Sequels are tough. These super hero films are so factory made that it’s easy to get lost in the machinations and lose the warmth. There will be a third film made and I hope Jenkins and Gadot will put together a doozy of a story and make a better film. 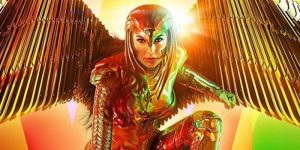 As usual with these films, you have to stay until the final credits roll because there’s an extra scene or two. This one is no exception and it really delivers.