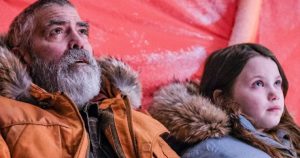 The Midnight Sky is an apocalyptic thriller but also a very beautiful holiday film. Yes, it can be both. I love apocalyptic movies. When done well, they can be devastatingly satisfying like Planet Of The Apes (1968) or hauntingly bittersweet like On The Beach (1959). Interestingly enough, On the Beach gets referenced in this film. Director George Clooney has delivered a somber end of the world adventure movie with a heart. This film would have looked wonderful on the big screen as it was so obviously intended but it still works on the smaller screen because, even though it is a big budget sci-fi film, it is also very intimate in its themes and performances. It still works. 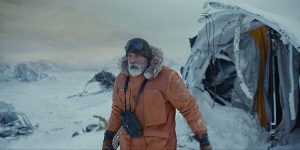 The Midnight Sky is based on the 2016 novel Good Morning, Midnight by Lily Brooks-Dalton. A worldwide event has left the Earth a dying planet. A spaceship had been sent to look for a new planet to inhabit and that ship is making its return to Earth unaware of what has happened. A lone scientist stationed in the Arctic tries to contact the ship to warn them from returning to a home that no longer exists. This is the bare bones synopsis. I don’t want to say much more because it’s better to just experience what transpires. 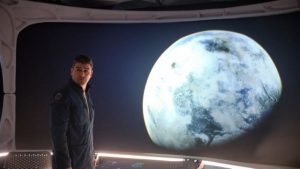 The Midnight Sky is directed and produced by George Clooney. Clooney has made his best film since Good Night and Good Luck. He is a traditionalist, by that I mean, he makes movies like they used to make. He would have been right at home in the forties and fifties directing intimate westerns and noirs. He does a wonderful job here. He balances the scope of the space adventure with the Arctic adventure and they both feel real and thrilling. It could have very easily bounced off into syrupy sentimentalism and some may say it does but I think it hits the right notes. It helps that he elicits strong performances from his cast including himself as the lone scientist, Augustine Lofthouse and Iris (Caolinn Springhall) a little girl who gets left behind when the Arctic base was evacuated. The scenes between Clooney and Springhall are very sweet. Little Springhall conveys so much without speaking and Clooney has become a better actor as he has gotten older and brings it all to the fore in this one. 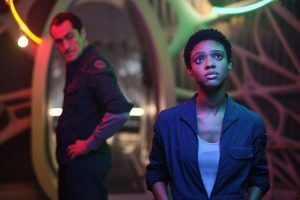 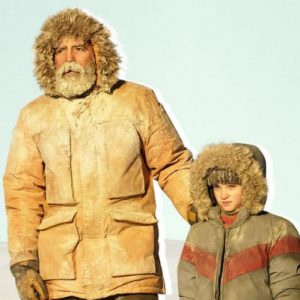 The performances are solid, the visuals are stunning and the musical score by Alexander Desplat is moving. Desplat is a Wes Anderson regular (Oscar for Grand Budapest Hotel) and has also scored many of Clooney’s films. The music is as much a character as the actors as there are many stretches with no dialogue. 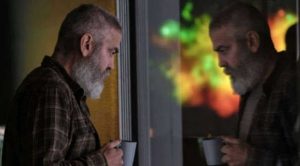 I loved the scenes of Clooney moving around the empty Arctic station. It reminded me of this past year being stuck in my apartment during this pandemic. At first, I was enjoying the adventure of it but now it’s become tiring and anxiety inducing. I started thinking, “How much food does he have? How long will it last? And liquor? When will it run out?” Our real life has become a science fiction in it’s own right. 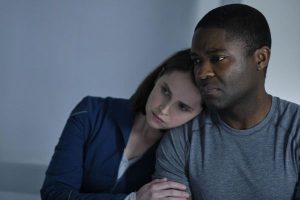 The film may remind of you of other films but that’s fine. I enjoy noticing when a film echoes another film but The Midnight Sky very much stands on it’s own merits. The Midnight Sky is a powerful meditation of life, life choices and fate. Have a tissue handy.