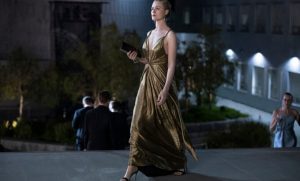 I had the time this weekend to watch several episodes from Season One and Season Two before the Season Three premiere Sunday night. Show runners Jonathan Nolan and Lisa Joy have taken another bold move, as they did with Season Two and have ventured into a whole new direction with speed and bravado. This a completely different show. It feels new, fresh, remade. The musical score belongs to a futuristic thriller. It is not going to spoon feed you explanations. You just grab hold and hang on. I’ll admit, I was confused for much of this premiere episode and I’m not quite sure where we’re going but I trust Nolan and Joy know what they’re doing and I’m committed to the ride. 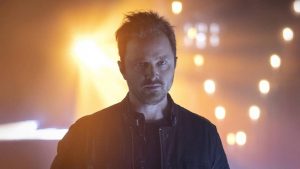 We know Delores got out of the park inside a replica of Charlotte Hale but she has now recreated herself again and inhabits her original body. So who is now in the Charlotte Hale body? Teddy? The action picks up about 3 months after the end of last season. The blame for the mayhem and bloodbath at Westworld is being laid at the feet of Bernard Lowe who no one knows is a synthetic. Bernard is in hiding in a village somewhere in Asia. He may also be hiding from Delores who we know he has disagreement with, knowing her true nature for revenge. He also has a remote control so that he can turn himself off and on, so to speak. Is Ford still controlling him somehow? 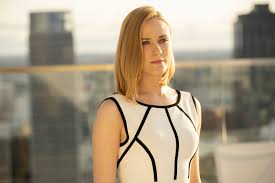 The cold open showed Delores visiting Gerald, a businessman with stock in Delos. She knows him from her past. He had been a guest at Westworld and apparently did terrible things to Delores. Apparently, his treatment of women wasn’t confined to Westworld and his abusive behavior led to him killing his first wife as well as mistreating his new wife. She makes a deal not to kill him in return for some data he had. He agrees but then makes the unfortunate mistake of trying to kill her. Of course, he ends up dead. 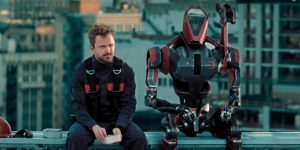 Delores has a plan and it includes taking control of the Delos Corporation so that she can start up production of more ‘hosts’ (what do we call them now?) She has gotten involved with Liam (John Gallagher Jr.) the son of man who has created an advanced type of AI. Liam’s head of security, Martin Conells (Tommy Flanagan), susses her out and tries to kill her but he didn’t know what he was up against. Not only did Delores take him out and his whole crew, she had already made an AI version of him, ready to take over and infiltrate Incite. 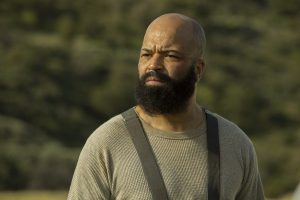 Aaron Paul plays a a new character, Caleb, a veteran with PTSD who is trying to get his life together and while he looks for a job, he takes up small time jobs to make ends meet but he doesn’t take ‘personals’ which means murders. He is in therapy and speaks frequently with an old war buddy, Frances. We learn that Frances is just part of his therapy and isn’t real. Frances died during a hesit they were trying to pull. His story is still a little fuzzy except his mom is suffering from some type of Alzheimer’s and is in the hospital. By the end of the episode Delores and Caleb’s paths cross and I’m interested to see how they join forces.

Bernard takes off on a journey back to Westworld. What is he looking for there?

Meanwhile, Maeve is still in Westworld, only, it’s not the wild West she finds herself in. It’s Nazi Germany!

It’s a crazy 75 minute season premiere. I expect things to come into focus in the next episode. 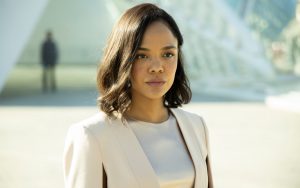 “Parce Domine” comes from the Roman Catholic antiphon which translates to “spare your people, lord.

Why in the world would someone want to vacation in Nazi World?

Will Caleb and Delores get romantically involved? Of course!

Aaron Paul brings some much needed humanity to the show. I mean, a human that is as human as the hosts.

I love that Delores remembers everything and brings vengeance to those who did her wrong over the years in the park. 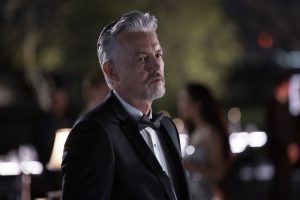 Tommy Flanagan who plays Martin Connels is a well known character actor. He has been in Braveheart, The Game, Gladiator as well as the TV shows Sons of Anarchy and The Mayans

I don’t known anything yet!