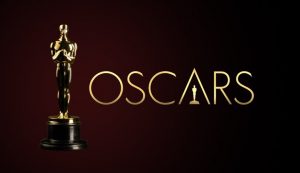 Joaquin Phoenix is a sure thing for Joker as is Adam Driver for Marriage Story and Leonardo DiCaprio (LDC) for Once Upon A Time In Hollywood. Antonio Banderas deserves to get his first nomination for Pain and Glory. I think Christian bale is going to pick up his 3rd Best Actor nomination for Ford vs.Ferari.  But man, wouldn’t it be something if Adam Sandler got nominated for Uncut Gems????

Renee Zellwegger is the favorite for Judy. Scarlett Johannson for Marriage Story and Saoirse Ronan for Little Women will also be in the running. Charlize Theron is very good in Bombshell and will get her 3rd nomination. And I’m going out on a limb by saying I think Lupita Nyong’o is going to get her first nomination for Best Actress for US.

This category is as star studded as they come! Tom Hanks will pick up his first nomination since Cast Away (2001) for A Beautiful Day in the Neighborhood. Joe Pesci and Al Pacino will both get nods for The Irishman. Brad Pitt for Once Upon A Time In Hollywood is the favorite and another old veteran, Anthony Hopkins seems to be getting the 5th spot in this line-up.

After seeing Little Women I can’t see how Florence Pugh can not receive her first nomination. Her costar Laura Dern will get a nod for Marriage Story. Dern’s costar Scarlet Johansson will get a 2nd nomination this year for Jojo Rabbitt. Margot Robbie will be nominated for Bombshell and Jennifer Lopez will get her first shot at Oscar for Hustlers.

This is going to be a very exciting Oscar year! I’m looking forward to seeing some surprises!!

Previous KNIVES OUT Next LITTLE WOMEN