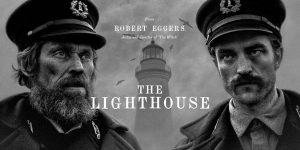 The Lighthouse is a highly unusual and stylized film. It feels like a ghost story, a horror film and a Beckett play all in one. Director Robert Eggers (The Witch) has created a unique and original film. It is beautifully shot in black and white and takes place entirely on a small island. It is creepy and haunting and unlike anything you’ll have seen before. 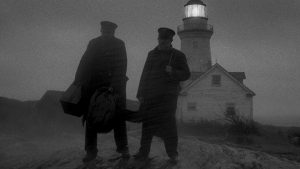 Two men arrive on this small island outpost off the New England coast to man the lighthouse. An older man, Tom (Willem Defoe) and a young man, Winslow (Robert Pattinson). There are only supposed to be there for four weeks but of course, things go awry. You couldn’t ask for two different people. Tom is an old sea dog with a thick Scottish accent and a limp. Winslow is a brooding handsome lad who seems to hate being there. Tom is demanding and annoying, constantly farting and drinking and he will not allow Winslow to take a shift manning the light tower. Winslow must do his daily duties which is nothing but monotonous drudgery. Eventually these two men bond, become friendly, become adversarial then begin mistrusting each other. Isolation can be maddening and madness begins to take hold of these two odd men. But the turning point hinges on an ornery sea gull and Winslow’s temper. Oh and did I mention the mermaid? 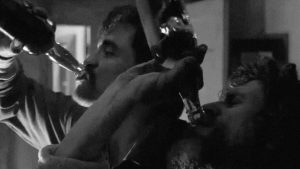 This is a psychological play on film. A two hander as they say in the theater. Dafoe and Pattinson give their all and play off each other very well. Dafoe has some lines of dialogue that are just magnificent and being from the theater, The Wooster Group, specifically, Dafoe has no trouble going bog with a character. Pattinson has been making some well thought out choices in his film roles since the twilight movies. He really takes strides in his street cred with this performance. 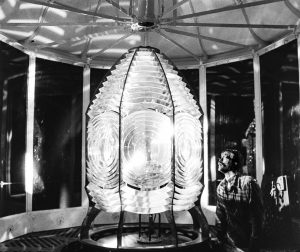 The film starts off slow and dreamy and builds confidently with a growing sense of dread. It’s a wild ride filled with disturbing imagery and violence. But it is a very well crafted film. Think of what an episode of The twilight Zone might have looked like if Edgar Allen Poe had written it and Ken Russell had directed it. I didn’t pick Poe out of the air, the film is based on an unfinished short story by Poe himself. 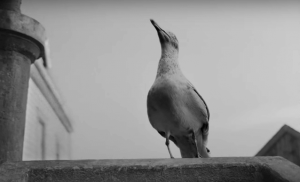 Previous WATCHMEN RECAP S1EP6 THIS EXTROARDINARY BEING Next PARASITE