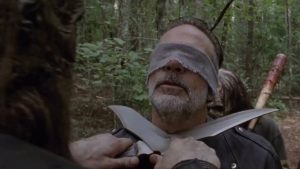 This was a fun episode. Seeing Negan and Beta together reminded me of Charles Gordon and Robert DeNiro In Midnight Run. They make a terrific comedy duo!

Negan has been captured by The Whisperers only Negan is a talker. Man, can he talk! And it is annoying the hell out of Beta who damn near takes his head off with a knife in both hands! Alpha stops him of course and tells him to teach him their ways. But Beta doesn’t trust him. He shouldn’t. Beta is against it but Alpha gets in his face and asks him if HE wants to be in charge. “Never!”, Beta tells her and then ‘bends the knee’. Negan gets a kick out of that. 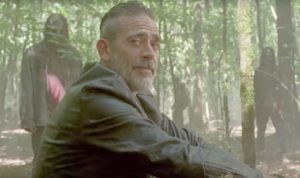 There’s a nice montage of Beta showing Negan how to skin a walker and then digging a hole to cook up a wild boar that Negan has hunted down. But when the boar is done Beta won’t let him have any. No matter, the rank and file Whisperers have taken a shine to Negan and one of them shares his pork with him. 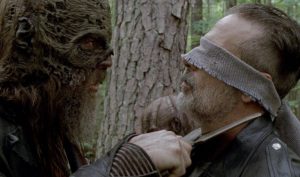 They go on a walk amongst the dead and Negan’s trying to convince Beta that he wants to join their merry band but Beta wants him gone so he ends up killing the guy that shared his food and leaves Negan to fend off the horde. 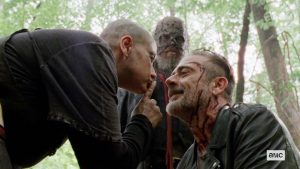 He should have been toast but he’s Negan! When he shows up back at camp alive and well Alpha is impressed. Negan bends the knee and Alpha leans in close to him and gives the Whisperer hi sign; forefinger to closed lips and a quiet “shhhhhhhhhh’.

Meanwhile Eugene has never been so popular! First, a sick Rosita calls him and asks when he’s coming back to Alex’s Dora. Does she miss him? He hopes. But then the radio goes haywire and by the time he fixes it and calls her back she’s in the infirmary. This illness looks like it’s turning into a problem. But Eugene connects with another woman on the line. They talk for a long time but are very careful not to overstate. Eugene doesn’t want you lose this new connection though. He agrees that they can talk as line at as. Arranged meeting place. Could she be Gamma? 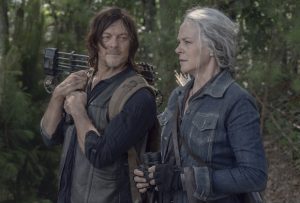 Then there’s Daryl and Carol. Carol is not in her right mind. Daryl knows it but goes along with her plan to cross into Whisperer territory yet again! Carol says she just wants to observe them and perhaps discover where they’ve hidden their huge walker herd. But Carol st  er is on a noisy tee we if snd they are quickly surrounded by walkers and Whisperers. Daryl kills a walker and then smears himself with walker guts (that old chestnut) to go undetected. When he hooks up with Carol again she has captured a Whisperer! She brought hand ties with her meaning that was her plan all along. Daryl is angry but what can he do? She’s his bestie!

Carol asks Daryl about Connie. He shrugs it off. “It’s not that way”. Carol says “why not?”
That’s what I say, too. He and a Carol are just best friends. He and Connie have sparks.

Saddiq is losing time now. His PTSD is getting worse 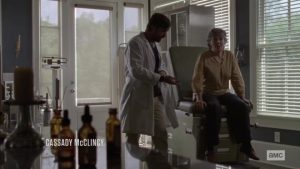 What is this new virus going around? Are we going to have another outbreak like from Season Four in the prison?

No Michonne or Judith in this one. Expect a healthy dose of both in the next episode.
5 Things I Think I Know

1 Negan will ally with Gamma 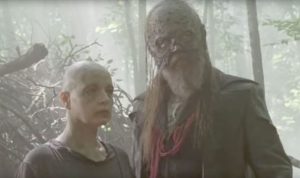 2 the Whisperers like Negan. They will take his side over Alpha

3 Look, there are way too many characters! Ezekiel must die! 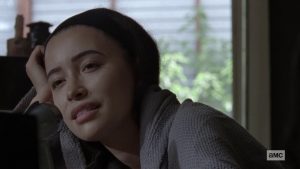