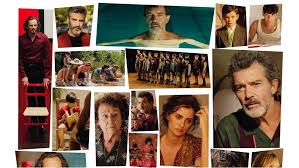 Pedro Almodovar has made some cutting edge films in his day (Tie Me Up! Tie Me Down, High Heels) and he has become one of the most respected filmmakers of his time. Now in the later years of his career he delivers a memory film, a character study of an aging director reeling from the death of his mother and facing the existential questions of life; Why go on? What’s left for me? Pain and Glory is a beautiful film. It is a straight forward drama, no tricks, no splash, just human beings at their most naked. 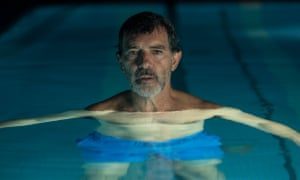 Salvadore Mallo (Antonio Banderas) is a film director who seems to have given up. He is afflicted with various ailments that keep him from working. The thing that sparks some fire in him is the remastering and rerelease of one of his most famous films. He seeks out the actor with whom he had a falling out while making the film and that reunion sets in motion a series of events that brings Salvadore back to life. Interspersed throughout are flashbacks to Salvadore’s youth and memories of his mother, Jacinta (Penelope Cruz) as well flashbacks of the days before his mother dies. Almodovar is working out a lot of personal feelings here and it instills the film with a real genuine quality. Salvador’s Madrid apartment in the film is actually Almodovar’s own apartment in real life. Safe to say, this film is very autobiographical. The acting is so natural and emotional it feels like your eavesdropping on your neighbors. 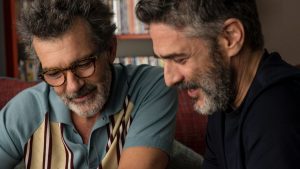 There is a particular scene between Salvadore and an ex lover he hasn’t seen in 30 years that is so lovely and feels so real that it is a revelation. In these days of non stop action films it is a real treat to see such a lovely scene between two people that brings out such well earned affection. 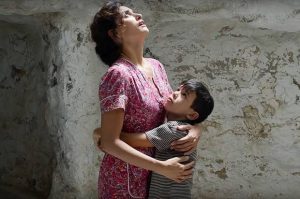 The entire casts is excellent from Cruz to Nora Navas as Salvador’s good friend, Mercedes, to Leonardo Sbaraglia as Frederico, Salvadore’s ex-lover. But it’s Antonio Banderas who delivers a master class in acting. A long time collaborator of Almodavor’s, in fact, he and Almodovar had a falling out and that seems to be reflected in the relationship between Salvador and Alberto (Asier Etxeandia), the actor he reconciles with in the film. Banderas is sure to finally get an Oscar nomination. 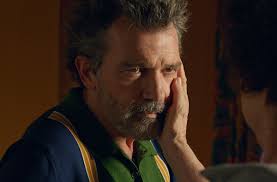 Almodovar’s direction is assured and patient and he injects the right amount of tenderness and somberness that never lets the film slip into sentimentality. It’s beautifully shot and structured and I won’t be surprised if Almodovar brings home another Oscar for himself.