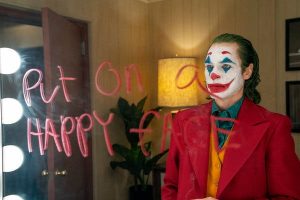 “The worst part of having a mental illness is people expect you to behave as if you don’t.” Arthur Fleck

Well, there is very little that is happy in Joker. It’s a dark, dreary tale of a sad, pathetic man who gets stepped on one too many times and lashes out. Joker directed by Todd Phillips, is not a Marvel film. There are no flippant smirking heroes and wise cracking bad guys and soaring heroic music. This is more of a Martin Scorsese film, in fact, Scorsese is one of the producers and Robert DeNiro is a co-star. While the film does exist in the DC world, the film is set in Gotham in the early 80s and we see Thomas and Bruce Wayne, it also echoes the New York of Taxi Driver, King of Comedy and even a little touch of Network. It’s a dark journey through a sick mind. It’s challenging and it throws new twist in the Joker origin story. 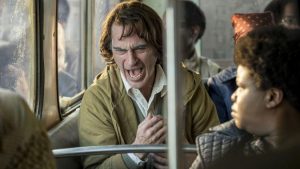 Arthur Fleck (Joaquin Phoenix) is a working clown and he seems like a good clown but that doesn’t matter to a gang of street kids who takes his sign and beats him to a pulp or a trio of young white business bros from taunting him with a creepy version of Send In The Clowns and beating him up on the subway. Arthur looks after his confused, feeble mother (Frances Conroy) who used to work for the Waynes and has a crush on the single mother down the hall (Zazie Beetz). Arthur’s life’s ambition is to become a stand up comic but he has a tourette’s type tick of laughing that usually pops up a the most inopportune moments. Arthur and his mother watch The Murray Franklin Show every night and he fantasizes about being on the show and impressing Murray who he sees as a father figure. 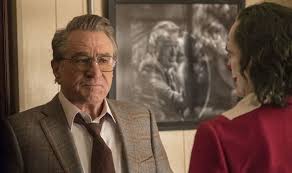 “All I have are negative thoughts” Arthur Fleck

Joker did strike a nerve for me. I grew up living with a brother who suffered from schizophrenia. The only treatment back in the 70s and 80s was keep them heavily drugged. Arthur sees a social worker and is on 7 different prescription drugs. But when social services gets a budget cut Arthur will no longer have someone to talk to and no access to his medication. Arthur is a severley damaged person. A series of events drag poor Arthur to the pit of despair and when he gets his big chance to appear on The Murray Franklin Show he’s already past the point of no return. The film does shine a light on how little is done to help the mentally ill and the few choices the very poor have in society. Is this an anti ‘Rich” film? Not necessarily. There are very few people who are rich in this country and more and more people who have less and less. Arthur Fleck is not a hero or even an anti hero. He’s a mentally ill man who feels betrayed by everyone in his life. He gets angry and acts out. I don’t think the film makes excuses for mass murderers or incels any more than Travis Bickle in Taxi Driver or the Joker character in The Dark Knight. 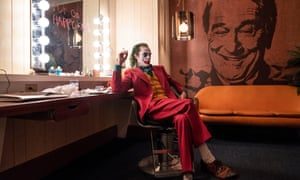 There has been a lot of controversy about this film. I don’t understand it, really. It’s a familiar story. It’s violent but no more so than many other films, less so, frankly. There are some more violent material on your TV every night. I think it’s much ado about nothing. This is a new retelling of an old story with a fantastic performance by Joaquin Phoenix. Love it or hate it but don’t judge it if you haven’t seen it. 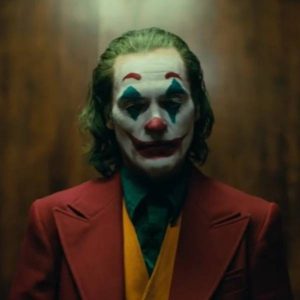 I liked that the film stays rooted in reality. There is no CGI, no action sequences. He didn’t have super hero strength or was diabolically smart. It reminded me a bit of Unbreakable (2000). It plays it straight. This also makes it scary. How many Arthur Flecks exist out there?  Out here? 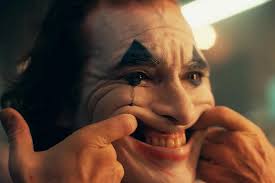 I liked it. It’s not going to be for everybody. That’s what Marvel fims are for. This is not that. This is a character study and it’s disturbing. It’s also well acted, well shot and powerful.