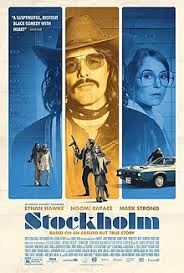 We’ve all heard of the term ‘Stockholm Syndrome’. It’s a psychiatric theory that posits that hostages may bond with their kidnappers due to the point of taking their side and defending them under extreme circumstances. Well Stockholm, the film, is the story about the incident the that this theory derived from. 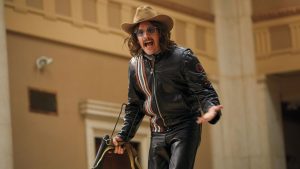 In 1973, parolee Lars Nystrom (Ethan Hawke), enters a bank, not to rob it but to force the release of his friend Gunner Sorensen (Mark Strong). He allows almost everyone to leave except two women and one man. What follows is unbelievable if it weren’t true. He obviously had no idea what he’s doing and he forms a strong bond with one of the women hostages, Bianca (Noomi Rapace). Tensions rise the longer they hold out and the authorities work their way in. 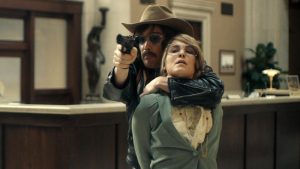 There is plenty of stupidity on both sides. The cops are truly befuddled by the actions not only of the kidnappers but the hostages. The siege lasts 5 days and would have been over sooner if the hostages did not sympathize with their captors and decided to help them make their escape. 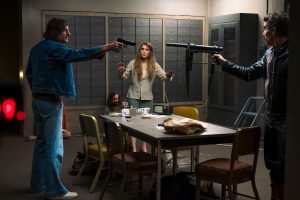 It is really an entertaining film that is mostly comical and good natured. It ends rather abruptly though and not altogether satisfactory but the all out performances by Hawke and Rapace propel Stockholm into a nice surprise of a movie.

Previous US Next AVENGERS ENDGAME