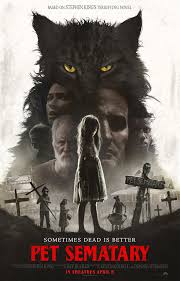 Why do a remake? Why not? Some people thought the original was cheesy. I thought it was fun , comic book, gothic horror like Creepshow. It also scared the shIt out of me! I was really traumatized after watching it. It haunted me. Especially the wife’s sister that had spinal meningitis. I’ll never get those images out of my mind. 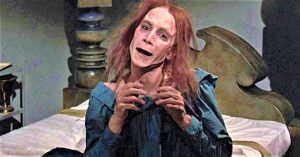 The original came out in 1989 and at that time I worked for a multi screened movie theater in a mall in Montclair, California. My friend and I went to a late show and it was after midnight when we got out. The gigantic parking lot was mostly empty and he and were both a little freaked out. Then as we got to our car we heard a noise behind us. “It’s Gage.” I said to him as we both turned to see a midget standing before us. We both jumped and gave audible groans. The poor man was looking at us with disgust but it had nothing to do with him. We honestly thought for a second it was Gage!!! 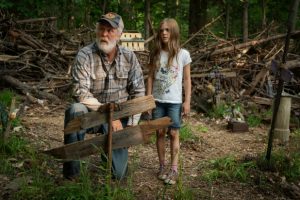 As for the new version, directed by Kevin Kolsch and Dennis Widmeyer, it changes things up a bit but stays true to the story. Unfortunately, it doesn’t deliver the creepiness or the scares of the original. The story you probably already know. A doctor brings his family to a small town in Maine where he’s got a new job. The new house is near a bust highway where 16 wheelers buzz through at high speeds and the back of their property extends very far back to include a pet cemetery and a stretch of land beyond the cemetery they has dark magic. If you bury something there they come back. But not the same. Really different. Like scary, creepy different. A series of bad decisions follow. 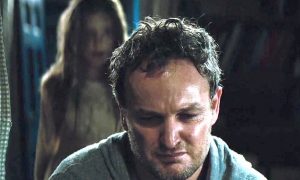 Jason Clark and Amy Seimetz ate fine as the parents and John Lithgow is solid as their neighbor and doom predictor, Jud , but damn if Fred Gwynn in the original wasn’t just great! Lithgow decided against doing the Pepperidge Farm Maine accent and I missed it. “sometimes dead is better” just sounds better with the accent! 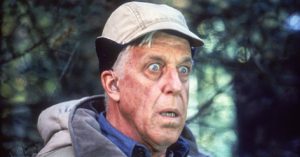 The production value is good but it lacked the supernatural aspect. The lead up was missing the tension required to really bring the scares. Maybe some of the changes they made also watered down the horror aspect. Whatever the reasons, the new Pet Sematery just didn’t land it’s punches.