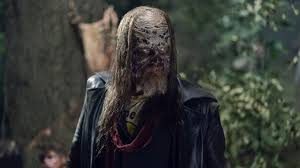 The Kingdom experiences some hiccups pre Fair. A possible new enemy emerges. Beta and a hunting party go after Lydia and Daryl finds it difficult to be an Uncle. 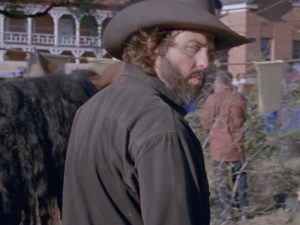 “With all due respect, Your Highness, screw their letter. It was a grammatically correct death threat, yo.” Jerry 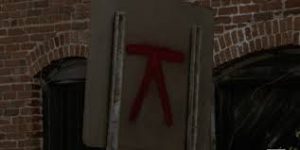 No sooner are we introduced to The Whisperers but we’re faced with another batch of bandits called The Highwaymen. Jerry is hijacked on the road and is given a ransom note that says that unless their demands are met they will not allow anyone to enter The Kingdom for The Fair. They even took Jerry’s sword! King Ezekiel gathers a squad to take them out but carol has reservations. She didn’t mind wiping out a whole gang of Saviors earlier in the season but she’s still sensitive about too much violence and violence as the answer to every problem. She convinces Ezekiel to try negotiation first and then if necessary, kill them. 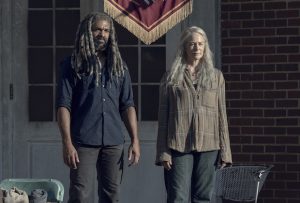 I thought this was a terrible idea and when Ezekiel, Carol and Jerry entered the building and were quickly surrounded by Hghwaymen I thought I was right but, thank God, they had a plan. The rest of their team surprised the Highwaymen from behind and got the advantage. The deal offered was that they secure the roads for their guests and by doing so would be welcomed into The Kingdom as friends. That wasn’t enough so carol had to sweeten the pot and since she didn’t have any cookies handy she got creative.

“When was the last time you saw a movie?” she said all smiles.
“Are you serious?” they asked.

Wow! Carol is a mastermind.

So when Tara, Magda, Yumika, the blacksmith con baby ran into trouble on the road to The Kingdom and were about to be overtaken by walkers here came the Highwaymen on horseback to the rescue!

“We’re your escort to The Kingdom!”

But when they arrive at The Kingdom Carol asks Tara where Henry was. Awkward. Well, he was put in jail for a few days and while in there he met a crazy girl who wears dead people’s faces and then her crazy mom came looking for her and traded some of out people for her and took the crazy daughter but Henry took a liking to her and went after her so daryl and Connie went after him and gee I thought they’d be here by now. So, what’s up with you? 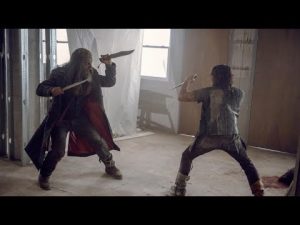 The meat of the episode is Beta going after Lydia and how Daryl and Connie handle the Henry-Lydia situation. Daryl does not want to take Lydia with them and he’s right. They take Henry and get away but with Lydia it means they will have to fight and kill their way home and possibly bring the battle back to Hilltop. Henry keeps saying he won’t leave her behind. Sure, kid. You stay with her and The Whisperers and you’re dead before morning. Connie, on the other hand, has a plan. She wants to go one way and Daryl wants to go another. Their back and forth is funny but Connie eventually just takes off in the direction she wants and Henry and Lydia quickly follow. Daryl pauses for a moment and then he and Dog follow suit and follow Connie. 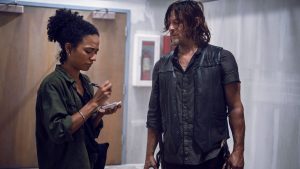 Connie leads them to an abandoned building where they uncover a secret spot where they find water, MREs, first aid and a sleeping blanket. She writes down a not for Daryl explaining this is a place she’s been before and had stashed this stuff in case of emergency. Daryl is impressed.

Meanwhile, Lydia asks Henry why he came looking for her. Henry says because she didn’t want to be there and he wanted to do the right thing but Lydia wasn’t buying it. Really. Why? “I care about you” he tells her. That’s the ticket! They start kissing but that’s when Daryl, who has been watching them, chimes in and puts an end to that! No funny business you two! 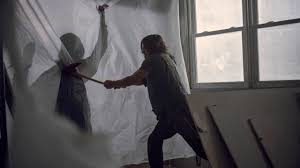 Connie and Daryl have a note argument over whether Lydia stays with them or not. Connie wins! I really like these two together. They make a dynamic duo and they both have a set of skills that are complimentary. The Bow and the Slingshot!

They create a choke point. The stairwells are blocked via barricade so only non walkers aka Whisperers will be able to climb over. They set up a series of traps for whoever comes at them. Daryl locks Lydia in a closet with Dog. I wan’t sure if this was for her safety or for theirs. I was thinking she may have second thoughts and turn against them and help her people. 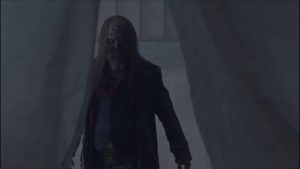 Sure enough a herd of walkers come up the street as Lydia and Henry are on a balcony making eyes at each other. Luckily, they pause long enough to notice and it’s game on. They get on the building and climb over the barricades but Beta sees through the plan and knows it’s a trap. The battle sequence with Connie and Henry fighting off the intruders is well staged. Connie may not be able to hear but her other senses are acute and she is alert to changes in light and shadows and almost seems like she has eyes on the back of her head! Lydia and Dog sense danger and Lydia finds a crowbar and they get out just in time for Dog to save Henry who has been badly stabbed in the leg.

Meanwhile, Daryl is fighting a different wave of Whisperers led by Beta. He manages to slit one guy’s throat and hatchet in the chest the other guy but then it was down to Beta. This guy is huge and strong! he was tossing Daryl around like a rag doll! They really went at it! I didn’t think Daryl could overtake Beta but I also knew neither one would die. Luckily, daryl does get the better of Beta and tosses him down an elevator shaft. Done and Done. They decide to head for Alexandria and get Henry patched up.

The last scene we see Beta’s listless body on top of an elevator. Dead? Nah. He stirs and stands and looks upward with a face full of rage! Yikes. So now, he’s going to get Alpha and they’re going to descend on Alexandria!!!!!!!

Beta gets scarier with each episode.

Henry gets more annoying with each episode. 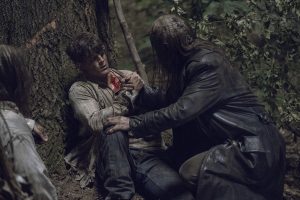 The Guardians are walkers who The Whisperers use to hide amongst and some of them are ex Whisperers. When one gets bit and turns they put him to good use. That’s sweet. 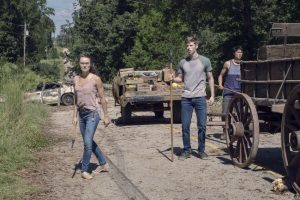 There are so many characters! Is it so that some of the actors have time to do other things like make movies (Danai Gurira) or just give the veterans more time off for good behavior? You need up getting storylines with characters you don’t really care about or stories that seem like filler. This episode could have used more of the Daryl, Beta, Connie, Genry, Lydia storyline and less of the the rest. Juts saying’. 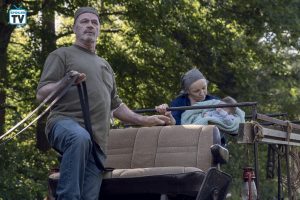 1 I thought the big trouble was going to happen at The Fair but it just might happen at Alexandria.

3 Romeo and Juliet ended tragically and so will Henry and Lydia. Bye Lydia.

4 Daryl and Connie will get together but not until next season. The fist pump to Connie’s shoulder will haver to suffice for this year. #Donnie

5 Negan will win Michonne’s trust in the finale when he saves Judith from The Whisperers.