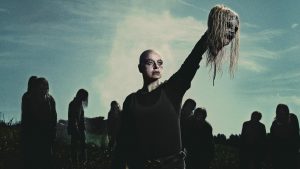 Great episode! Very lean storytelling and filled with suspense. We get Lydia’s backstory and the origin story of Alpha, the leader of The Whisperers. It’s a very creepy and scary episode. Welcome to the family Samantha Morton! I’m looking forward to being terrified by you this season! 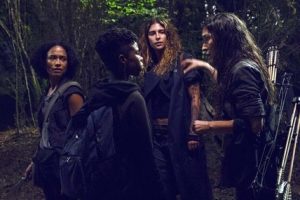 A search party goes out looking for Alden and Luke but only find their horses being feasted upon by a crew of walkers. The “newbies” Rumiko, Magna, Connie and Kelly want to split up and keep looking but Tara makes the first of a series of good decisions in this episode and pulls them all back to the safety of Hilltop until they learn more about what they’re up against and come up with a plan. This makes perfect sense but the ‘newbies’ don’t take to that idea and decide to sneak out in the middle of the night to look for their old buddy Luke. What a stupid plan! Let’s search the woods in the dead of night! Of course, the second they run into a walker they get spooked and decide it was a bad idea and Yumiko and Magna head back to Hilltop. Connie and Kelly decide to stay out in the woods and cry while The Whisperers looked on. Luckily, Tara, in another smart move, figured they would sneak out and had them followed for their won safety. Yumiko apologizes to Tara and instead of getting mad Tara tells her that if she or anyone had any disagreements about her decisions that they should come to her first. Fair and reasonable. I think she’s learned to be a good leader from both Maggie and Jesus. 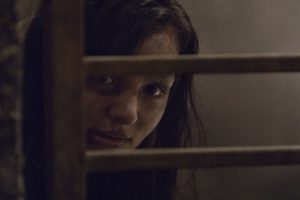 “Some people ain’t meant to be parents.” Daryl

Daryl’s plan is working. Lydia starts opening up to Henry while Daryl and apparently, Tara took turns eavesdropping, trying to get any info on their new enemy. Lydia starts to weave a tale that takes many twists and turns and various versions of when her and her parents were trapped in the basement of a building at the very start of the zombie apocalypse. In one version the dad is a terrible person and the mom is protective, in another the scenario is flipped. She has memories of her dad shaving his beard off and being clean shaven and others showing her mom shaving her head and dad still bearded. You wonder if she’s deliberately trying to mislead or if she really is so screwed up she can’t tell what’s true from what’s been told to her over time. 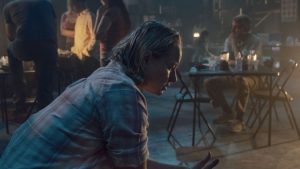 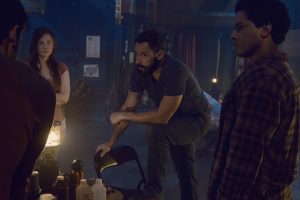 But when Henry starts telling her about The Kingdom and how far away it is Daryl comes storming down and pulls him out. When henry finds out that he was being used he gets angry. he believes Lydia to be a good person who’s been abused and can be redeemed. Daryl isn’t quite on the same page.

Henry goes as far as to take Lydia out of her cell and showing her around Hilltop. I thought this was a terrible idea and I was almost proven right but when Lydia sees a father holding a baby and seeing that this place has survived for many years she starts to have second thoughts about taking out Henry as she was about to do. She actually asks Henry to put her back in her cell. She was worried about what she was capable of. She was starting to see that what she believed, told to believe may not be true. There may be another way than what her mom had told her. One thing Lydia and Henry shared in common was that both their moms were not to be messed with and would do whatever it took to protect their children. 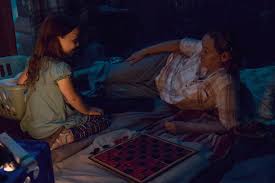 As Daryl begins to probe Lydia’s story further we get to see more and more about that time in the basement. When one of their people gets stir crazy as they hear shooting and screaming outside, mom takes matters into her own hands and tries to subdue the dude, crushing his trachea and killing him in the process. Now since this is happening at the very beginning no one yet knows that once dead everyone turns, bitten or not, so eventually this guy comes back and starts attacking. Mom decides it’s time to go but dad disagrees which only means one thing; dad is weak and needs to be taken out. It turns out that this is what actually happened. Mom was the hard one and developed the idea that in this new world you either do what’s needed to survive or you’re weak and needed to be weeded out. This lead to making walker face masks and finding a way to survive amongst the dead. 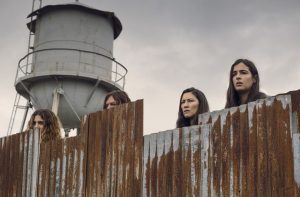 Daryl was now convinced that Lydia was being straight with him and that she was not responsible for the company she kept and could be turned around. He set out to speak to Tara about what he learned but before that could happen Hilltop received some uninvited guests.

Just as Connie and Kelly were headed in from the woods along with the team Tara had sent to look after them, a mob of walkers, well, Whisperers dressed up as walkers descended upon them led by their leader, Alpha, Lydia’s mom, not wearing her mask and looking scarier without it! Kelly and the others made it into Hilltop but Connie had to take cover. 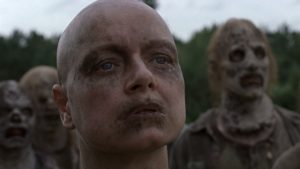 “I want my daughter!”

And so the first showdown begins.

“I’m not gonna lie. Walking around in dead people’s skin is pretty messed up.” Henry

When Alpha appears at Hilltop at the end of the episode she looks scary as hell, not at all like Samantha Morton came across like the last time she appeared bald for a role in Minority Report (2002) 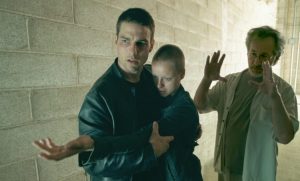 I haven’t watched Norman Reedus’ show Ride but it looks like I’m going to have to watch at least three episodes this year; the episodes with Andrew Lincoln, Steven Yeun and Melissa McBride. 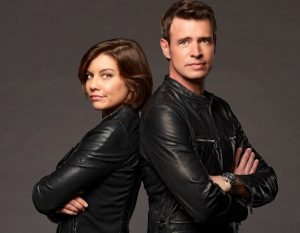 I’m also going to watch Whiskey Cavalier just for Lauren Cohan. If the show doesn’t work she should end up back on Walking Dead for season 10 which will be much needed now that we know that we’ll be losing Dania Gurira.

1 Alpha is more ruthless than Negan

2 Henry and Lydia are The Walking Dead’s version of Romeo and Juliet.

4 It’s being set up, folks! An Alpha – Carol showdown!

5 Alden is going to die!

Previous ROMA Next Academy Awards 1989: A Difference of Opinion