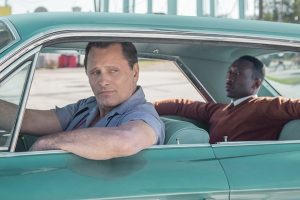 I know what you’re thinking; this is just Driving Miss Daisy in reverse. It’s a feel good movie. It deals with racism in 1962 but not with the racism today. It’s pure Hollywood pap! 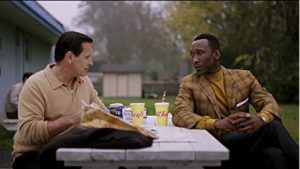 Well, all that may be true but I loved it! It is very entertaining, very funny and very well acted. Isn’t that what we want? We need feel good movies, especially in these days. I love films that are dark, complicated and challenging, in fact, most of my favorites films are but I also like Star Wars, Some Like It Hot and Raiders of the Lost Ark. Making a good movie is a tough thing to do period. You have tho appreciate them when they come along. By the way, Green Book is more than just a feel good movie, it’s a lesson in humanity and courage and the ability to change, to grow, to become a better person.

Green Book is based on the true story of African-American classical and jazz pianist Don Shirley (Mahershala Ali) and Italian-American bouncer Tony Vallelonga (Viggo Mortensen) also known as ’Tony Lip” and the unlikely friendship that developed between them. Shirley hires Vallelonga to be his driver and bodyguard during a tour on the deep south. These two men couldn’t be more different. Shirley is dignified, well spoken, highly educated and well mannered while Tony is foul mouthed, crude, a slob and also quite racist. It’s the perfect set up for a Hollywood film! Two opposites who dislike each other then grown to become friends. It is predictable but it also happens to be the case with these two real life men. You can’t help but be moved by the story and the journey the men take. 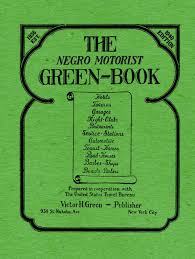 The title was taken from The Negro Motorist Green Book which was a guidebook for African-American travelers that directed them to hotels and restaurants that would accept them. There were even towns that had curfews for Africans-Americans. 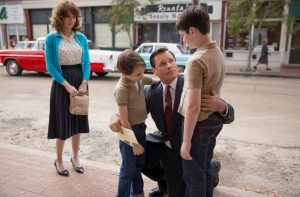 The film was written by director Peter Farrelly, Brian Hayes Currie and Vellelonga’s son, Nick based on interviews with his father and Don Shirley as well as letters his father wrote to his mother during their road trips. The film is elevated by the performances of Mortensen and Ali who have great chemistry and deliver great performances. Don’t let your preconceived biases keep you away. You may end up liking the film despite your protests. 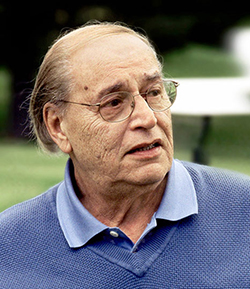 An interesting side note, Vallelonga went on to act in film (Goodfellas, Donnie Brasco) and TV, most notably, as Carmine Lupertazzi in The Sopranos from 2001 through 2007. who knew!!