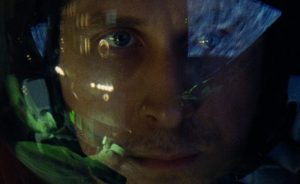 There have been bad films made about space travel (Marooned 1969), good films (Interstellar 2014, Moon 2009), and great fiims (The Right Stuff 1983, Apollo 13 1995). There have even been good films about fake space travel Capricorn One 1978) and classic films that transcended space itself (2001: A Space Odyssey). First Man is harder to define. It is a character study about someone dedicated to getting into space. It is as if John Cassavetes made a film about being an astronaut. If that sounds odd, it is.

The film centers on Neil Armstrong (Ryan Gosling) and his journey at NASA to reach the moon. It takes years, much sacrifice, the death of friends and most devastatingly, the death of his young daughter not to mention putting his life on the line testing the spacecraft and gear before becoming the ‘first man’ to step onto the moon. His wife Janet (Claire Foy) and young sons also sacrifice to support Armstrong during this time and we see the strain it puts on all of them. Both Neil and Janet were very private people and kept very much to themselves which is why we didn’t know much about their story. Director Damien Chazelle wanted to explore their relationship, their sacrifice and those of his colleagues and their wives as well as the apathy in the country at the time to spending so much money to reach the moon while the country was being torn apart in the late 60s. 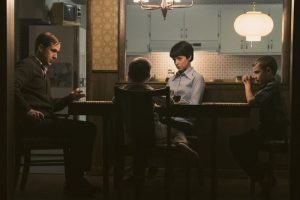 The film makes you feel like you’re a voyeur into their lives. It is very introspective and claustrophobic and quiet. When Cassavetes was asked to describe his film Love Streams (1984) he responded by saying “I’m making a film about inner life and nobody believes it can be put on screen, including me. I don’t believe it either but screw it!”. That is what First man feels like and it may need a second or third viewing to fully appreciate or understand. 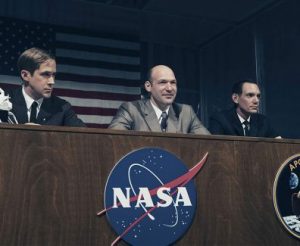 The performances are good from Gosling and Foy right through to Jason Clarke, Patrick Fugit, Kyle Chandler , Corey Stoll and Shea Wigham. The photography gives it a documentary-like feel. The moon landing is amazing. It’s shot from Armstrong’s point of view, a point of review not seen before or imagine. The whole film is not what you expected and it keeps you off guard. Director Damien Chazelle continues to take chances and make movies in his own unique style and vision much like Cassavetes and more recently, Paul Thomas Anderson. You may not walk away liking the film but you will know that you’ve seen something new and original and it will stay with you and you’ll keep thinking about it for a long time after. 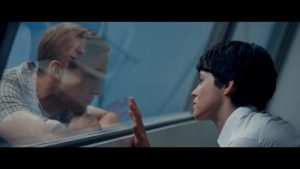