SICARIO 2: DAY OF THE SOLEDAD 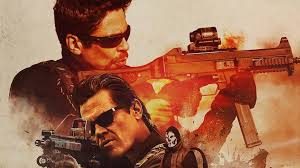 The first Sicario (2015) was a dark and gloomy drama about a naive FBI agent (Emily Blunt) who gets schooled on the realities of the drug war on the US-Mexico border. It was beautifully shot of Roger Deakins, well written by Taylor Sheridan (Hell Or High Water) and directed by Denis Vilenueve (Blade Runner 2). I didn’t expect a sequel yet we have one! Sheridan again wrote the script but we have a new director, Stefano Solima and cinematographer Dariusz Wolski (The Martian). Benicio Del Toro and Josh Brolin return without Emily Blunt but the result is still a good film that is just as dark and gloomy as the first. 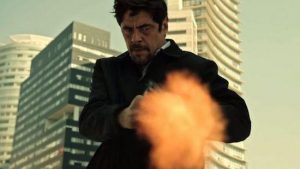 A group of people are trying to sneak across the border and encounter the US border patrol. However, one of these people is wearing a suicide jacket and when cornered, blows himself up. At the same time in Kansas City, suicide bombers blow up a grocery store killing 15 people. The US government decide to charge CIA agent Matt Graver (Brolin) to use extreme measure to combat drug cartels suspected of smuggling in terrorists into the US. Graver enlist his old buddy and assassin Alejandro Gallic (DelToro) and they set out to start a war between to drug cartels by killing the drug lawyer of one and kidnapping the young daughter of the head of the other. Things go extremely wrong with the rest of their operation and everything gets blown. Gallick grows attached the young girl and tries to protect against all odds. It all ends unpleasantly and not as expected and sets up the story for another sequel. 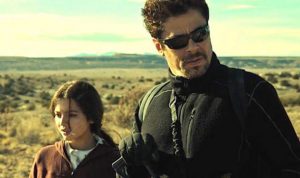 The performances are good, the action intense, good score. There are good cameos by Matthew Modine and Catherine Keener and Isabel Moner is good as the kidnapped girl. I was bothered some by the assertion that terrorists were being smuggled across the border, parroting a right wing basis for building a wall but there is some clarification later in the film that softens that stance. 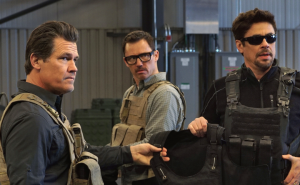 Overall, I enjoyed the film, even the grim view of reality. If you liked the first film then you will like this one. Once you’re thoroughly depressed by the end you may want to slip into another theater and watch The Incredibles 2 to lighten your mood! 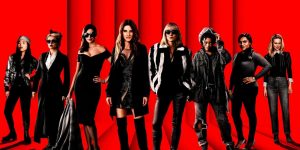 The Ocean films were stylish and suave and good fun. The new all female version delivers the same goods! Sandra Bullock is just as enigmatic as Cooney. Cate Blanchett doesn’t get too much to do but it’s obvious that she and Bullock’s character are sometimes lovers which is an interesting twist. Director Gary Ross does a fine job but he is no Steven Soderbergh but that’s OK. This is a breezy, fun caper film with a great cast. I assume there will be two more sequels and I expect them to improve with each chapter. 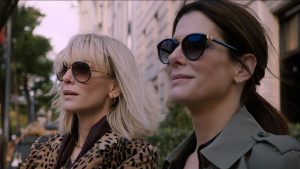 The plot follows the formula of the other Ocean films. Debbie Ocean (Sandra Bullock), Clooney’s danny Ocean’s sister, gets out of jail, teams up with her best friend Lou (Cate Blanchett) and immediately plots to steal a diamond necklace worth 150 million at the Met Gala, They put together a squad of thieves including Helena Bonham Carter as a washed up fashion designer, Rhianna as a crackerjack hacker, Mindy Kaling as a jewelry maker, Sarah Paulsen, a compulsive thief now homemaker, and newcomer Awkwafina, as a street hustler and expert pickpocket. Their target is a movie star with a huge ego, played wonderfully by Anne Hathaway. 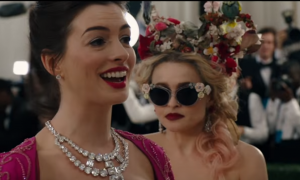 The putting the band together sequence is always fun. The heist itself is also clever and exciting. There is also a good twist at the end. he music and visuals match the previous films. James Corden pops in as the insurance agent investigating the robbery and is fine. There are even a couple of cameos from the other films to tie them together. But where’s Danny? Well, supposedly, he died in 2018. But, come one. My guess is by Oceans’s 10 we will see Clooney make his appearance and join his sister for one last HUGE heist! 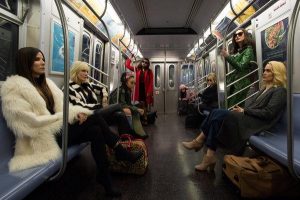