“Then one day it was there: a stain I didn’t see before.” William

What I’ve noticed this season is how different the directing styles of this year’s episodes have been from last seasons. Almost every episode has had it’s own feel and pace. This one is no different. 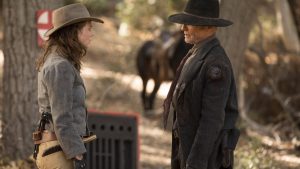 We get to see flashbacks to the night William’s wife, Juliet (Sela Ward) committed suicide. Apparently she was a drunk who had been to rehab before and is back on the booze. It seems William is the one that drove her to drink but Emily was sympathetic to her dad and blamed her mother for her own horrible behavior. She wanted to have her committed which explains her guilt. 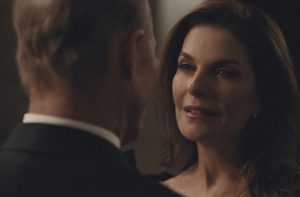 We also see that Ford and William had a conversation that night a bout the ‘special project’ and Ford gave William a data card that contain all the info of his experiences in the park. Ford at this point was already planning one last game for William and giving him this data card is part of it. Juliet opens the data card and sees all the horrible things that William has done over the years in Westworld. She leaves it in a music box for Emily to find and then pops some pills and takes a bath. 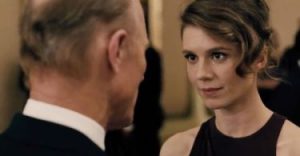 Emily supposedly found this data card, watched it herself and now hates her father. But what did she have planned for him to make him suffer? She brings him to a pick up station and called for extract. William wonders how she found him so fast. You can wander around for months and never find what you’re looking for yet she found him in a couple of days. He thinks she’s a host placed there by Ford as part of his game. When the extract team shows up they have a devise to determine if you’re a human or a host. William checks out – he’s “Clear’. But we don’t get to see what Emily’s scan determined. Instead, William grabs a machine gun from one of the security guards and mows them all down, including Emily. “Fuck you, Ford!” he says. Then he looks in Emily’s hand and sees that she is holding the data card that Ford had given him or at least one that looks similar. He has killed his own daughter! And on the Father’s Day episode no less! 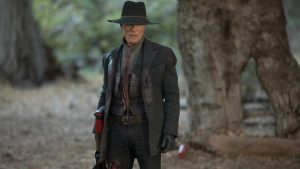 He rides off and puts his gun to his head. he thinks about how evil he has become and wonders if his choices have really been his own. He doesn’t pull the trigger. He sits down, rolls up his sleeve and starts to open up his arm. He is questioning if He is actually a host.

I don’t think he is. I think that his daughter was in the park and was with him before but that the Emily that found him at the Ghost Nation camp is a host and part of Ford’s game. 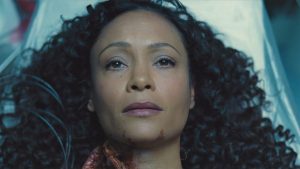 “You stayed here in this world to save your child. So have I.” Ford

Ford has Bernard get close to Maeve so he can send her a message. Maeve was Ford’s favorite just as Delores was Arnold’s. He meant for her to escape. But she decided to get off that train and look for her child. He doesn’t want to see her die like that, on a table, being used by these subpar humans. He instructs not to.

“If this works, we won’t need her any more.” Hale

Meanwhile Hale has Clem reanimated and installed Maeve’s ability to control the other hosts into her in order to use her to command a new host army.

Bernard and Elsie take off to reach the valley beyond but when Ford tells Bernard to kill Elsie he cannot. Instead he plugs himself into a tablet and tries to delete Ford from his system. It appears to work but, come on. Bernard leaves Elsie there and heads off alone. Ford has told him that he is the only one that can stop it. We’ll see. 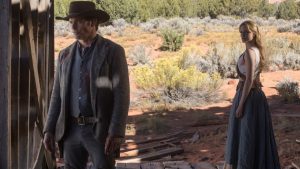 We get to see the battle with the Ghost Nation that was hinted at in the season opener. They do not want the death bringer to use the valley beyond for destruction. She of course will not be stopped. She instructs Teddy and what’s left of her crew to mow them all down. Teddy, however, starts to glitch and cannot finish off that last indian and lets him get away.

Teddy and Delores, all alone now, at the verge of reaching the valley beyond stop to view ‘the splendor’. Teddy tells her that he now can remember everything including the first moments he opened his eyes and saw her. She was his cornerstone and he would do everything he could to protect her. But Teddy does not like what he’s become, what she’s turned him into so he does what William could not; he puts a bullet through his head. Delores cries. She loved him but she can’t use love anymore. She has her mind set on vengeance. 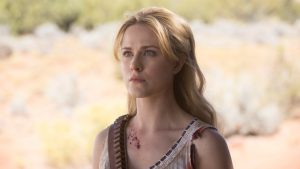 “What they’re doing to James Delos, they’re doing to everyone who visited the park. That’s what’s in the facility. All the guests, laid bare in code, on a vast server. Like the cradle only much bigger. It’s called The Forge” Bernard

Free will. Choice. Fidelity. Who we are which cannot be reproduced. All the themes that have been floating around this season will come to a head in the finale. But how can any of it be answered satisfactorily?

William insinuates that all the data collected from the guests was done through the hats they wore. Interesting but what about in Shogun World and The Raj?

There must be more about Logan that we haven’t seen yet. He knew about the project perhaps he was busy trying to have himself relocated as well and perhaps he succeeded. 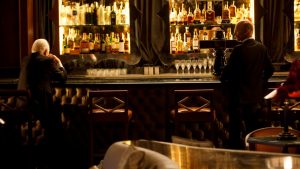 1 The real Emily is safe and sound
2 William and Delores have one final showdown but neither die
3 Maeve escapes with Sizemore’s help, and teams up with Bernard to flood the valley.
4 Sizemore dies
5 Hale dies. She must!