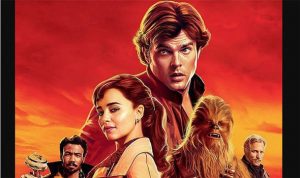 “I have a good feeling about this!” Han Solo

I’m a big Star Wars fan! I went to see the first one the first week it came out when I was just a wee lad. Every Star Wars film release has always been an event. In recent years, however, Marvel has inundated the market with film after film and they rule the box office. Poor Warner Brothers and their DC brand films just can’t compete. Still, Star Wars keeps on coming and The Force Awakens, The Last Jedi and Rogue One have delivered big. Then along comes Solo, the origin story of one of Star Wars most beloved characters. 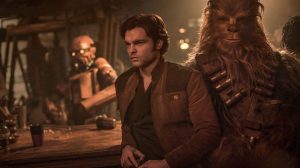 First off, I liked the film. I thought it was a lot of fun. Alden Ehrenreich is great as young Han. Woody Harrellson brings his usual charm and charisma. Paul Bethany makes a good villain though a bit underused. Emilia Clarke is a strong heroine. Donald Glover shines as young Lando Calrissian! He has got Billy Dee Williams down! The actors are all on key and the action sequences are exciting and lively. We get to see how Han and Chewie meet and become friends and the legendary Kessell Run! The script was written by Lawrence Kasdan! 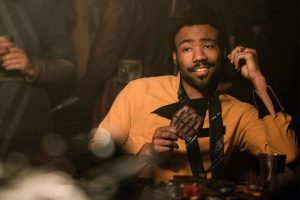 So why did it flop? A number of reasons:

1) It comes out just 5 months after The Last Jedi. Though Black Panther and Avengers seem to have avoided any fan burn out. 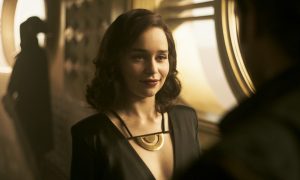 2) Productions problems are a bad sign. Ron Howard joined late to replace original directors Phil Lord and Christopher Miller. There were many reshoots and apparently a major tonal adjustment. But Rogue One had similar productions issues and that didn’t keep it from doing boffo BO!!

3) But I think the main reason is that Solo just doesn’t have the same gravitas as the other Star Wars films, especially as a stand alone film. Rogue One, the only other stand alone Star Wars film so far, told a story we were not familiar with and was filled with characters whose fates were also unknown. It had the luxury of surprising us. 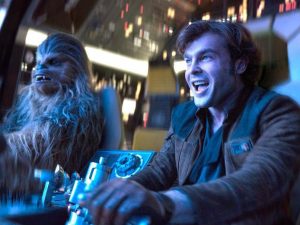 All told, Solo tells a satisfying story with good performances and action. I believe it will fare better with time. Kudos to Ron Howard for stepping in and delivering like the pro he is.