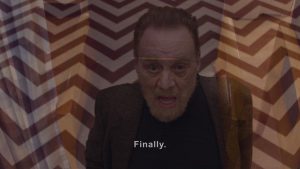 OK. We’re finally seeing the light at the end of the tunnel. We start to understand what is going on with Diane and Evil Cooper. We get the triumphant return of Dale Cooper! Audrey does her famous trance dance and we sort of find out all of her story line is some sort of hallucination. She’s in a hospital of some kind. The last two hours may resemble the final two hours of the original show; a mad dash to shoehorn everything in before time runs out. On the with rundown of events as I experienced them

Dark night
Dark road
Evil Cooper and Richard
Is EC his father?
Did EC do something terrible to Audrey?
This kid is pure evil just like EC
EC is driving to certain coordinates
He stops the truck and looks up
towards the sky
They get out of the car 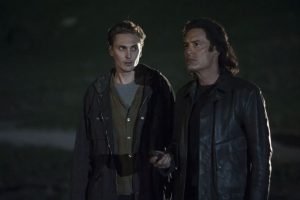 “Pay attention”
“I’m looking for a place”
“Three people have given me coordinates to this place. Two have matched”
Holy Crap!
Jerry!
He pulls out some binoculars
Of course, looks through the wrong end
EC hands Richard the cell and tells him to go up the hill
“Let me know what you find”
Richard climbs on top of the big rock on the hill
“I’m there!” He shouts
As he gets zapped by electricity!
he blows up 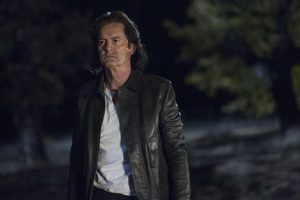 “Goodbye, my son” EC says and walks back down the hill to his truck

So EC knows that this was his son but killed him anyway
Jerry freaks out
“Bad binoculars!”

The Jones Residence
Hutch and Chantal pull up in their van
Look disguised as house painters
Two cars pull up
Cops?
No, FBI
Hey! That’s Stan from Mad Men! 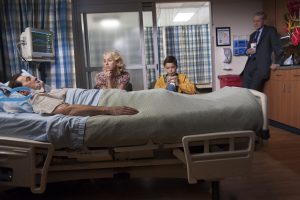 Dougie is in the hospital
Tubes in his mouth
He’s in a coma
Janey and Sonny Jim by his side
Bushnell (Don Murray) shows up
The Mitchum brothers show up
And also the three blonde gals
They bring a tray of finger sandwiches!
“All things considered he looks good!”
They ask for the key to their house1
They want to stock their house with food!
These guys are now so lovable! 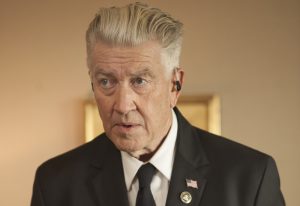 Gordon Cole
Surrounded by electronic gadgets
Listening, as if he could sense
Cooper is alive somewhere

Chantal and Hutch are still outside Dougie’s house
An SUV also pulls up
FBI
The Mitchum Brothers pull up their limo
And a big van!
They’ve brought a ton of food!
Another car pulls up
Parks right in front of the van with Hutch and Chantal
They’re in his driveway
“Go fuck yourself!” Chantal screams
The guy rams the van!
The FBI guys do nothing
Chantal; starts shooting
The guy gets a gun out of his trunk!
Chantal and Hutch try to drive away
But this guy has a machine gun
He stands in the middle of the street and shoots up the van
Killing Chantal and Hutch
The Mitchum Brothers come out with their guns
“What kind of neighborhood is this?”
Now the FBI guys come out! 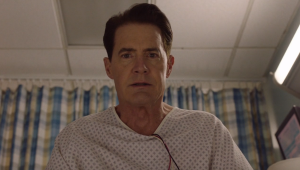 He tells Cooper that the other Cooper did not come back
He hands Cooper the green ring
“Do you have the seed?”
The golden pellet
Cooper pulls some hair out of his head and hands it to him
“I need you to make another one”
Janey and Sonny Jim come back
Bushnell too
“Bushnell pass me some of those sandwiches. I’m starving!”
“Dad, sure is talking a lot”
He has Bushnell call the Mitchum Brothers
Cooper tells them to meet him in the lobby of the casino in 20 minutes
and to gas up the jet
They need to go to Spokane, Washington
“OK Dougie!”
“What is Dougie up to now? 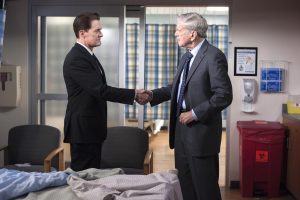 “Bushnell Mullins you’re a good man”
“What do you me to tell the FBI?
“I AM The FBI” 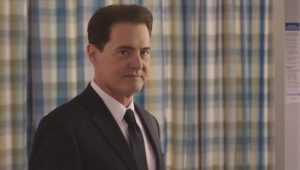 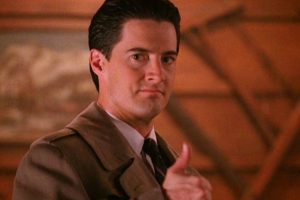 Cooper gets in the driver’s seat 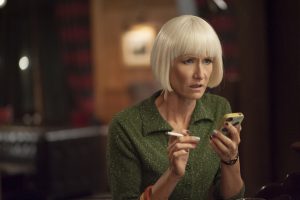 Diane is having a drink at he hotel bar
She gets the text from EC
“All”
She gets a sudden jolt
“Oh Coop. I remember”
She texts him back a set of coordinates
“I hope this works”
She has a gun in her purse
She gets in the elevator
She goes up to the room
Stands outside the door
“Come in Diane!” Gordon shouts
Diane finally tells them about the night Cooper visited her
“One night, no knock, no doorbell. He just walked in.”
“He saw the fear in me and he smiled”
This was Evil Cooper
He raped her
He took her to the gas station
She looks at her phone
At the text
“ALL”
“Sheriff’s station!”
“I’m not me! I’m not me!”
She pulls out the gun from her purse
She points it at Cole
Tammy and Albert pull out their guns
They shoot Diane
She disappears 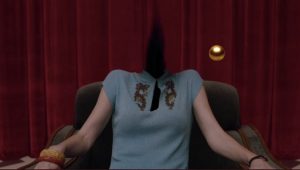 That was a doppelganger
Diane is in the Black Lodge
“Someone manufactured you”
“I know. Fuck you”
Then her face cracks open
A gold pellets comes out of it 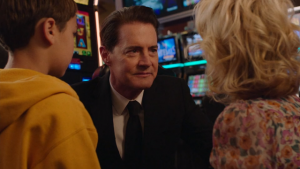 Cooper has to say goodbye to Janey and Sonny Jim

“You’ve made my heart so full” 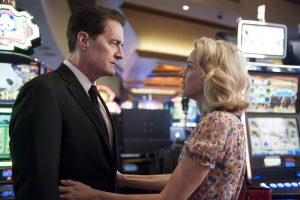 Cooper turns and walks away

Janey runs after him

“Whoever you are…thank you”

Cooper in the limo
having coffee
“You don’t sell insurance. You’re an FBI agent who’s been missing for 25 years and we need to get you to a town called Twin Peaks to a sheriff’s station”
“Dougie, we love you but we are not traditionally welcomed in such places”
“Friends, that’s about to change. I am witness to the fact that you both have hearts of gold” 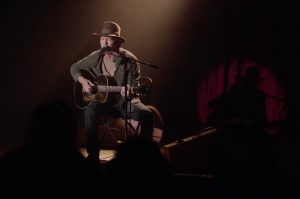 The Bang Bang Bar
The Roadhouse is proud to welcome
Edward Lewis Sevrinsen
AKA Eddie Vedder
Audrey and Charlie!
Finally!
They made it to the Roadhouse!
Who is Billy?
“Ladies and gentleman! Audrey’s dance!” 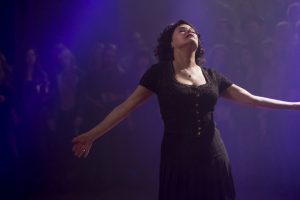 The dance floor clears.
The Twin Peaks music plays
Audrey starts to go into her trance 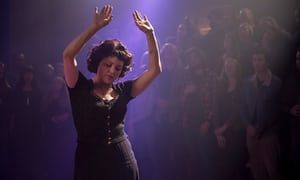 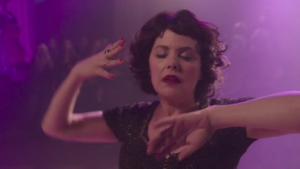 Then some guy yells
Throws a bottle at another guy
She runs to Charlie
“Get me out of here!”
Then suddenly somewhere else 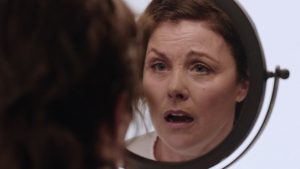 She’s in a white gown
Looking into a mirror
Perhaps she’s been in a hospital all along
Charlie is her doctor?