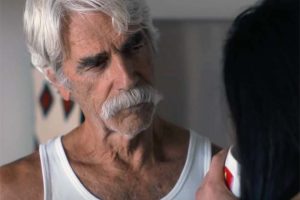 The moustache. The voice. That crooked, sly smile. We know who it is instantly. It’s Sam Elliot. I’ve always loved Sam Elliot but his career has had a lot of ups and downs.
He was the lead in the 1976 summer hit Lifeguard but most of his following roles were on TV. 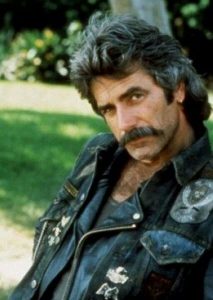 He was Cher’s biker boyfriend in Mask (1985) and he was Patrick Swayze’s bouncer mentor and father figure Wade Garrett in Roadhouse (1989). But most people will know him from Tombstone (1993) in the epic battle of the moustaches with Kurt Russell and as the Cowboy narrator of the beloved stoner epic The Big Lebowski (1998). 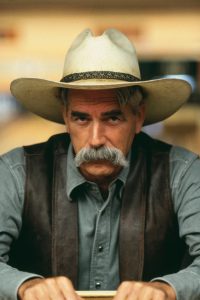 But he’s never had a lead role until now. Writer-Director Brett Haley first cast Elliot as Blythe Danner’s love interest in 2015’s I’ll See You In My Dreams which garnered good notices. Haley then decided to write something specifically for Elliot and that turned into this film, The Hero.

Lee Hayden is a lot like Sam Elliot. He’s an older actor who is best remembered as a cowboy and whose career never really took off. Also like Elliot, he has a daughter and is married to Katherine Ross! But that’s about all they have in common. Lee Hayden is a sad man, relegated to doing voice over work for bbq sauce and smoking a ton of weed with his dealer and former actor buddy Jeremy (Nick Offerman). He gets some bad news from the doctor and he goes in a tailspin. He wants to reconnect with his estranged daughter Lucy (Kristin Ritter) and make amends with his ex-wife Valerie (real life wife Katherine Ross) and maybe make one more good movie. He meets a younger woman named Charlotte (Laura Prepon) who also gets her weed from Jeremy and they start an unlikely romance. 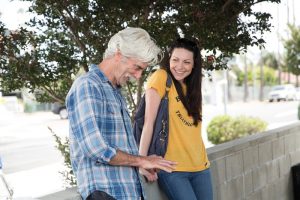 This very much reminded me of a 70s film, character study, hopeless situation. But it also reminded me that I’ve seen this film before. There weren’t a whole lot of surprises here. You can see where the story is going and what’s going to happen and it does. It’s not a bad film, it’s solid and Elliot is excellent. It’s really a tribute film to Sam Elliot. The film gives him a showcase to show what a good actor he is. Maybe it should have just centered on his relationship with this young woman who also happens to be a stand up comic and leave out the cancer. You could keep the ex and the estranged daughter but do something different with them, not just the usual. 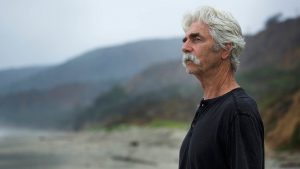 If you’re a Sam Elliot fan like myself you should go see it. He’s still got it. My female friend who went with me will attest to that. She loves his voice. He’s got charisma to spare and I hope he continues to get the chance to show off what he can do. He’ll always be a hero to me. 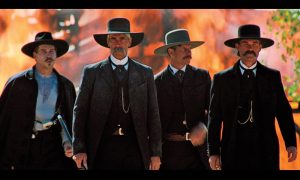