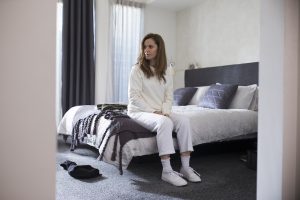 “They could come back. They could all come back” one of Laurie’s patients.

In the cold open flashback, Laurie is treating the woman who lost her baby in the opening scene of the series premiere. Laurie listens to her bust doesn’t say anything. The woman gets frustrated and says that if she sought counsel from the two members of The Guilty Remnant in front of the building they would at least write something down.

Laurie, unable to offer any advice to her patient and completely lost in her own issues decides to commit suicide and swallows a ton of pills. She writes a suicide note and lies down on her couch. But then she suddenly opens her uses and makes a different decision. She rushes to get her first aid kit , swallows a bottle of something that makes her throw up. She then dresses in all white leaves her office and approaches the two members of the Guilty Remnant standing outside her office.

So began Laurie’s time with The Guilty Remnant.

The episode jumps back and forth in time between Laurie’s attempts to assist Nora and Matt and rejoining the others at Grace’s ranch. 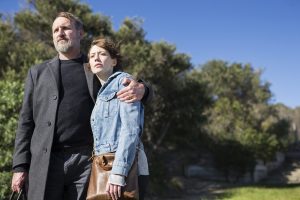 I assume Laurie and Matt went to the hotel and found Nora and Nora explained what happened. Laurie helps Nora track down the two physicists that turned Nora down. They find where they live and stake out the house in a Volkswagen van. Nora is as prickly as ever. When Laurie lends Nora her lighter Nora refuses to give it back. “You said you quit” Nora says. Laurie wants it back and a scuffle in the car breaks out leading to Nora inadvertently giving Laurie a black eye. Of course, Laurie wants it back, it’s the lighter that Jill gave her that says ‘Don’t Forget Me’.

Nora shows Laurie the videos that people made before they went into the ‘Sudden Departure’ machine.

“It sure seems like an elegant way to kill yourself,” Laurie says.

“If I was going to kill myself, I’d just go scuba diving,” Nora tells her. So many things can go wrong underwater that it wouldn’t look like a suicide.

When the two physicists start to drive off they follow them and by morning they watch as a large truck loads what seems to be a large machine which appears to confirm that they were not lying about have created such a device. When Laurie asks if Nora will call the authorities Nora decides against it. I don’t think she intends to try and persuade them to let her ‘go through’ but she needed to know that they weren’t fakes and that the possibility actually existed.

Nora tells Laurie that she can take the van and go find Kevin and the others. Matt decides to stay with Nora. If something is going to happen then you should be with family. Nora hands Laurie the Book of Kevin, burned but not completely destroyed.

“Tell Kevin Sr. I’m sorry I didn’t put him in the fucking book and tell Kevin Jr. that I’m sorry that I did” Matt tells Laurie.

Nora asks Laurie not to tell the others about what they did. Laurie asks her for a dollar (see Better Call Saul) but since she only has hundreds, Laurie accepts her pack of cigarettes as payment. 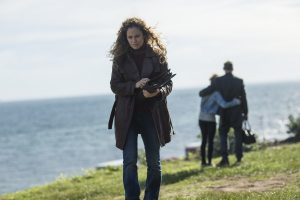 Will there be a next week? It seems clear by the look in their eyes that they know that they will never see each other again. 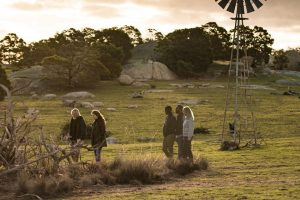 Laurie arrives at the farm with the black eye. Kevin Sr. greets her warmly, “Hello Lorelei”. She gives him the charred remains of Matt’s new gospel. He tells her that Kevin is on a ‘think’. He took off on horseback to think about what the group is asking of him.

“We’ve asked him to die. Again”

Whatever is happening here? I want to be a part of it.” Laurie tells him. I don’t think she buys into any of this but she’s treating them all as she would one of her patients. When someone is having a breakdown you don’t tell them that they’re crazy. 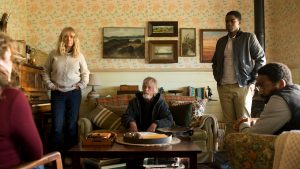 She comes into the house and meets Grace and they tell them they’re plan. Kevin will drown and go back to the place he went before. He’ll find Christopher Sunday, learn his tribal song and come back so Kevin Sr. can stop the great flood. Grace would also like to know where her children hid their shows and John would like Kevin to tell Evie that he loves her.

“Well, so everybody wants something. A brain, a heart, courage. Kevin’s in the Emerald City. He’s the one who’s going to give it to you.” Laurie says.

The body of the police chief Grace killed is still hidden on the property so naturally his deputy comes looking.  As John and Laurie talk at the window they watch Kevin Sr. whack the deputy in the head with a shovel. He figures if their plan doesn’t work nothing will matter anyway and if it does he’ll happily go to jail once he saves the world.

That evening at dinner, Kevin Sr. kids that this is like The Last Supper. Laurie kids that she should be Mary Magdalene but Kevin Sr. corrects her and says that Nora is. Laurie is doubting Thomas. Laurie then says she should be Judas. We all know Judas hung himself after betraying Jesus. Then all of a sudden Kevin Sr. passes out in his food. Michael passes out too and just as John realizes what Laurie has done he stands, staggers a few feet and keels over. 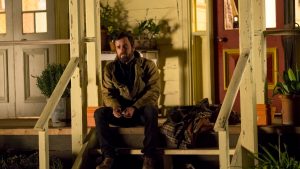 Laurie drugs everyone’s dinner so she could have a chance to speak to Kevin alone when he returned.  When Kevin rides back to the house he sits down on the steps and they share things with each other that they never told each other before. He admits he never liked their house but he never said anything because she liked it and he wanted to make her happy. She tells him that she was 16 weeks pregnant on the day of the Sudden Departure.  She was getting a sonogram, she was looking at the baby and then it was gone.

She doesn’t try to talk him out of it. She sees that he’s made his choice and he’s unafraid. She just wanted to say goodbye. She decides to leave right away.

“We’re all gone” Laurie tells him.

Kevin and Laurie says their goodbyes. Laurie tells Kevin to keep the lighter that Jill gave her. 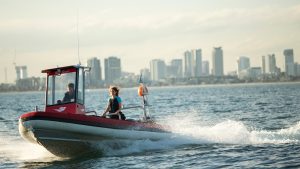 She leaves.  The next day she’s on a boat and going scuba diving. It’s the day of the 7th anniversary. I see where this is going.  She’s made her choice.  She’s said her goodbyes. She’s about ready to go into the water when she gets a call from Jill and Tommy.  They have a nice moment and tell each other ‘I love you.’

Now the goodbyes are complete. She finishes putting on her gear and goes over.

This is a very sad episode. You really feel like this could be the end of the world. If anything, they believe it is. For all these characters it will be an end, it has to be. They all seek resolution, finality, closure. One way or another they are going to get it.  Laurie has chosen her way. 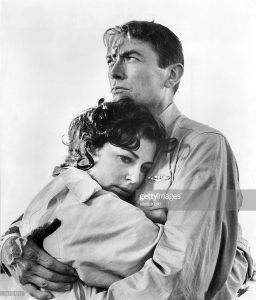 With all this happening in Australia I’m reminded of the 1959 film On The Beach starring Gregory Peck and Ava Gardner. There has been a nuclear war and Australia is the last place to feel the effects of the radiation spreading over the planet.  It’s depressing as hell but it stuck with me. No one survived in that film.  Who will survive in this? Nora, we know does. 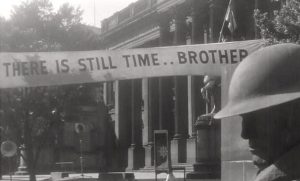