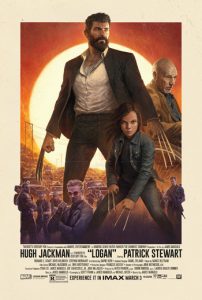 Hollywood has always loved franchises. They called them ‘serials’ in the 20s and 30s. From The Perils of Pauline to Flash Gordon to Tarzan and Sherlock Holmes to James Bond, Hollywood churned out these money makers as long as audiences lined up to watch them. You never saw the end of these characters, they just would get a different actor and filmed a new story. When television came along in the late 40s and 50s these serials moved to the new medium. Superman became popular as did westerns. Sci-fi became popular so you saw Dr. Who and Star Trek and then private eyes and cops and robbers and so on. 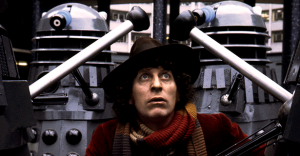 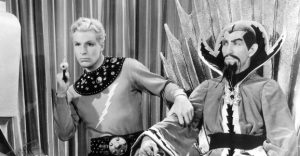 Hollywood fell in love with ‘sequels’ which were sort of like serials but you rarely saw more than 1 unless they were unusually successful, your Lethal Weapons, JAWS, Star Wars, Star Treks, horror franchises like Halloween, Friday the 13th and Nightmare On Elm Street. But again, you never saw the end of these characters, with few exceptions (Kirk dying in Star Trek Generations, Han Solo most recently, in The Force Awakens). Marvel has found a gold mine with their super hero films in the last decade and you would think that once the actors got too old they would just ‘reboot’ and start over again with younger actors. Spiderman is about to have it’s third rebooting in 15 years! Who wants to see a super hero die? It ends the franchise, right?

I’m not a big super hero guy. I don’t feel the need to run out and catch Dr, Strange opening weekend, in fact, I still haven’t seen it and I feel okay about that. I have enjoyed some over the years, the first Avenger’s film, Civil War, the third Captain America film, the first two Sam Raimi Spidermans and the Christopher Nolan Dark Knight Trilogy. I liked the first X Men movie and especially, the prequels, First Class and Days of Future Past. I never saw the stand alone Wolverine films. But when I saw the preview for the new Wolverine film I was intrigued. It was going to deal with the final chapter in the characters existence as well as that of Professor X. It looked dark and grim. Dark and grim is just my type. 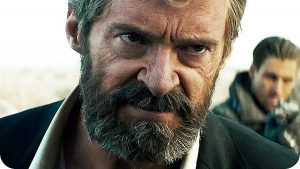 Logan, directed with a steady and no frills style by James Mangold (Cop Land, Wolverine) is dark and grim and sad. Logan (Hugh Jackman) is a hollow shell of a man, no longer an X man but a mere limo driver. Hi body is scarred and broken and he’s doesn’t move around like he used to. He’s world weary and worse, life weary. The only thing that seems to keep him going is looking after Professor X (Patrick Stewart) who is kept locked away in a silo in Mexico. He is suffering from dementia and his powerful mind has become a deadly weopon which needs to be controlled. Logan has the help of another surviving X Man, Caliban (Stephen Merchant), an albino with the powers to sense and track other mutants. 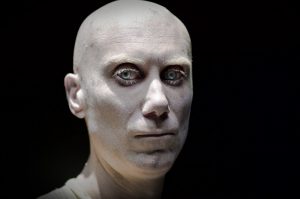 Logan is called to a dingy hotel thinking he has a client but is met by a Mexican woman and a little girl. The woman says she will pay him to take her and the little girl to this place in North Dakota called ‘Eden’. Logan reluctantly agrees but the woman is killed when he goes back for them. he takes the little girl but soon finds that a group of bad men led by a guy with a ‘bionic’ arm want this little girl. A battle ensues and lo and behold! This little girl also has metal claws that shoot out of her hands and feet!!! Caliban is captured by the bad guys who force him to track down Logan, Professor X and the little girl, Laura (Dafne Keen) who take off on a road trip to this place called ‘Eden’. Logan has the woman’s phone and finds a video she left for him explaining that she was a nurse at this lab called Alkali-Transigen where a scientist named Zander Rice (Richard E. Grant) has been experimenting on children, turning them into mutants. The nurse helped them escape and they’re to meet at Eden, a supposed mutant sanctuary. Logan is highly skeptical but the Professor insists that he do this and so of they go on this adventure. 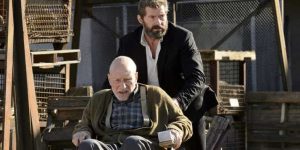 Even without being as invested in these characters as some others I found the story very moving. Both Logan and Professer X carry a great burden with them concerning the fate of their friends and other X Men. Laura was apparently ‘created’ using Logan’s DNA making her his daughter. This could very easily have become syrupy sweet and maudlin but it isn’t. It’s grounded in reality, if that makes any sense, and the notion that nothing is forever. Even super heroes reach the end of their powers and all they are left with is their humanity. 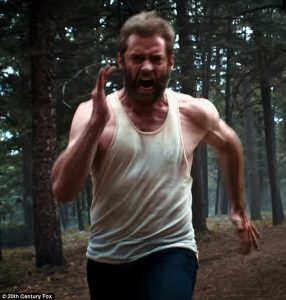 The action sequences are exciting and gruesome, the film earns it’s R rating. Jackman and Stewart are excellent. They know these characters so well by now that it must have been exciting to play them out to their end. Dafne Keen is mostly silent throughout but conveys a lot with her expressions and fierceness. She dives right into the action and proves as vicious and angry as her father. 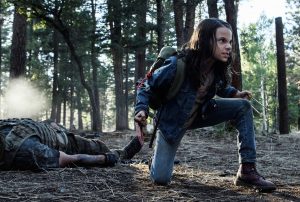 This is not the usual super hero movie. It’s a super hero character study. Even if you haven’t watched all the X Men and Wolverine films you will enjoy this. It makes me want to go back and watch Wolverine (2013) which was also directed by James Mangold. I think I’ll still skip X Men Origins: Wolverine (2009) though.