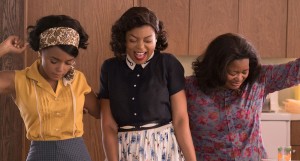 I don’t know about you but I was ready for something uplifting and positive. Hidden Figures is just what the doctor ordered! Based on the non fiction novel of the same name by Margot Lee Shetterly and adapted by director Ted Melfi and Allison Shroeder, Hidden Figures tells the little known story of three African-American mathematicians that helped NASA put men into space. Oh and these mathematicians were women. How did we not know this story before? It doesn’t matter, we can learn all about it now. 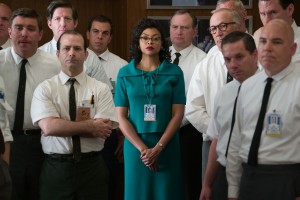 Katherine Goble (Taraji P. Henson) is a math genius who gets the opportunity to work with the Space Task Group at NASA that is feverishly trying to work out the formulas that will propel men into space. She is not only the only black person in the group but the only woman and all the other men do not welcome her warmly. The supervisor, Al Harrison (Kevin Costner) looks beyond gender and race and sees the talent and becomes her ally. Dorothy Vaughn (Octavia Spencer) is acting supervisor of the group of black women in the computer division. She has unsuccessfully asked for promotion to be the supervisor and is met with resistance by her supervisor, Vivian Mitchell (Kirsten Dunst). When they bring in an IBM computer that will make all of their jobs obsolete, Dorothy takes it upon herself to learn how to operate it. Mary Jackson (Janelle Monae) works with the engineering team is encouraged to go back to school to get an engineering degree but first has to go to court to allow her to take classes at an all white college. 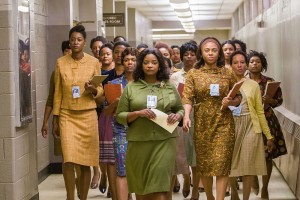 The challenges are many and we follow these women as they struggle professionally and personally to climb the same ladder to success that is afforded their white counterparts. The film shows the racism, the separate bathrooms and water fountains, riding in the back of the bus and not being allowed in certain schools and libraries but concentrates mostly on how these women overcame these challenges to make their lives better. The film is very optimistic. The film contains sympathetic white characters like Costner’s hard edged supervisor and astronaut John Glenn (Glen Powell) who was more interested in making sure the numbers were right than the color of your skin. The film also portrays the men in these women’s lives as very supportive. Mahershala Ali (Moonlight) plays an Army officer who gets involved with Katherine, gives a strong and very sweet performance. Mary’s husband, Levi (Aldis Hodge) also supports his wife’s decision to go back to school, though you suspect, at first, that he would be against it. The positivity and optimism propels Hidden Figures to a soaring finale. 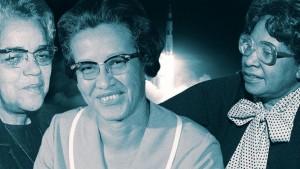 This is not a hard hitting film. It is not an expose. It is a history lesson. I never knew about these women. It’s a great story and one that resonates today. It’s all about working together and only by working together can we all succeed. Ok, yes, it’s a ‘feel good’ movie. But we all need something to make us smile from time to time. Hidden Figures does that. 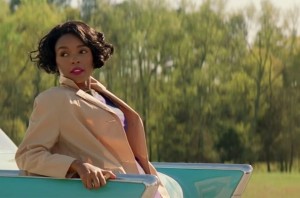 It also has some very good performances. Janelle Monae is making quite a name for herself these days. She follows up a strong performance in the emotionally tough Moonlight with a strong, sexy, funny performance here. Octavia Spencer is always reliable. She fills Dorothy with spirit and determination and strength.

Kevin Costner gets to be the forward thinking boss who stands up for Katherine and nobody does wholesome all-American like Costner. But this is Taraji P. Henson’s movie. She carries it on her shoulders and she does it without any trouble at all. She brings Katherine Gobel to life beautifully and with grace and dignity. She is funny and strong and vulnerable and most of all, very, very smart. 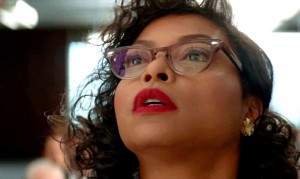 If you have seen Philip Kaufman’s The Right Stuff (1983) you will be familiar with some of the back story of the early Mercury astronauts and the first space flights by Alan Shepard, Gus Grissom and John Glenn shown here. Directed by Ted Melfi with a very sure hand, Hidden Figures is good entertainment for the whole family. 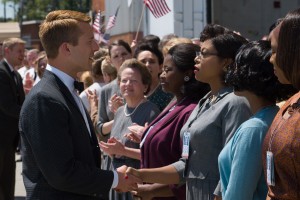