There are many film stars that are taking to the small screen in recent years and that is because the material being done on TV has become so rich and ambitious that it offers great challenges not only for the actors but the audiences. When I heard that Tom Hardy was doing a series on FX I had to check it out. He along with his father, Chips Hardy and writer-director Steven Knight (Peaky Blinders) created this interesting tale from a short story by Tom Hardy. This is a dark tale and will probably not be to everyone’s taste but mine tend to the darker tales so I’m intrigued. 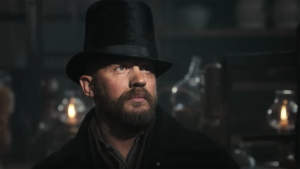 Taboo is about James Delaney (Hardy) who comes back to London for his father’s funeral. He had long disappeared in Africa and thought dead so his arrival is a shock to his half sister Zilpha (Oona Chaplin), her husband Thorne (Jeffrey Hall), and the East India Company led by Sir Stuart Strange (Jonathan Pryce), who desperately want a piece of land Delaney’s father owns in the new country of the United States.

Delaney seems to only have one ally, Brace (David Hayman) his father’s longtime servant. There are also implications that Delaney and his half sister are in love or had a relationship before he disappeared. 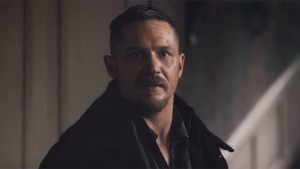 Delaney is a mysterious man who seems filled with regret over acts he committed in the past concerning a ship of slaves. His time away in Africa seems to have changed him in other ways as well which I’m sure we’ll soon learn. He is a tortured man and a disturbed man. He will be seeking revenge for his father’s death and perhaps reconciliation with his half sister. It’s all very film noir which I like. I see no good coming from all this but I see plenty intriguing about this show. 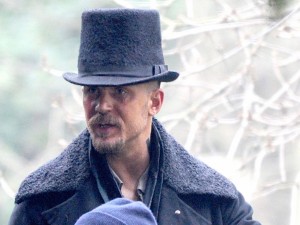 Tom Hardy is an excellent actor and he is very invested in this project. He continues in the recent tradition of the anti hero. His Delaney is not a nice man. He reminds me a bit of Michael Caine’s Jack Carter in the British film noir masterpiece Get Carter (1972) without the dark humor. The production values also are very high and polished. The story takes place in London of 1814 and everything seems dank and decayed. The cast is also excellent and very well known and filled with Game Of Throne alumni: 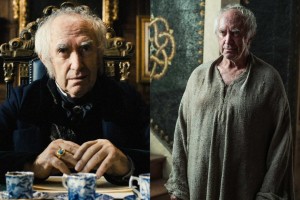 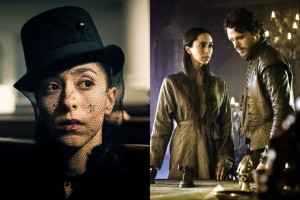 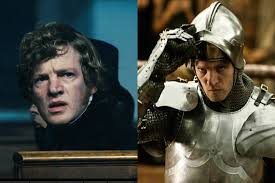 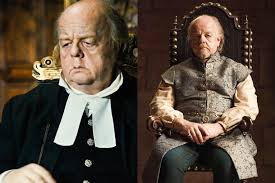 I look forward to continue watching and being drawn into the darkness of Taboo.