Maybe I’m just a romantic. Maybe I like sci-fi. Maybe I love Jennifer Lawrence. Maybe because it was Christmas. But I enjoyed Passengers! OK. It’s not a great movie. It’s pretty fluffy and silly. But it’s a good ‘popcorn’ movie. Don’t expect anything deep and thoughtful or challenging. Just sit back and enjoy two very engaging people fall in love, bicker, fight, and then fall deeper in love. 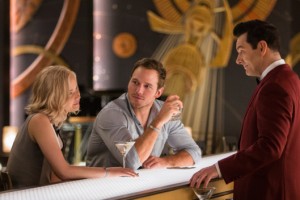 The plot is simple, a ship carrying about 5000 people is hurling into space on a 120 year journey to start a new life on a colony on another planet. Due to damage from a severe meteor shower, Jim (Chris Pratt) is awakened from space sleep 90 years early! He is alone on this massive ship with only Arthur (Michael Sheen) the robotic bartender, as company. He’s fine company but really what Jim needs is female companionship. So, he decides to wake one up! Aurora (Jennifer Lawrence) thinks her pod malfunctioned like Jim’s and soon enough they are falling in love. If you’re the only 2 people alive on a luxury spaceship for 90 years what are you supposed to do? Well, eventually things go awry not only with the relationship but with the ship and they need to work together to save themselves and everyone else on board that are still in space sleep. 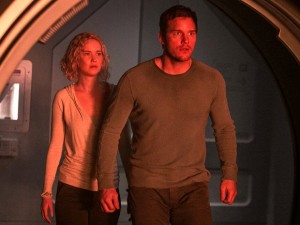 No some may say that Jim was creepy and stalker-ish for waking up Aurora and that may be true but he was lonely! He felt really bad about it! Anyhow I didn’t think it was that weird. It did remind me of a great Twilight Zone episode called The Long Morrow. 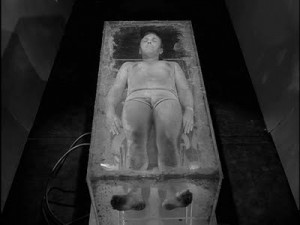 It sounds like I’m making a lot of excuses for a film that wasn’t that good. Maybe I am. Maybe I’m just a romantic. Maybe I just really like Jennifer Lawrence. There are worse things! OK. Next! 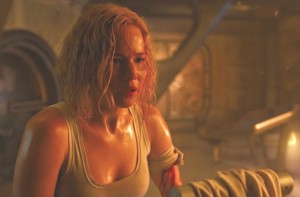