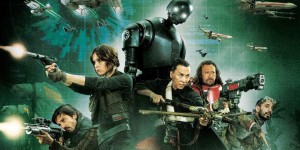 Look, some people like Star Wars and some don’t. Some enjoy them ok and some worship at an altar of collectible Star Wars memorabilia! I saw Star Wars when I was 11 years old and I have been a huge fan ever since but I wouldn’t call myself an obsessed fan. I was very disappointed with the three prequels that George Lucas delivered even though there were some really good moments in them. Once Disney bought the franchise from Lucas I was prepared for an onslaught of sub par films being popped out to keep up with Marvel. JJ Abrams The Force Awakens was a pleasant surprise! It was nostalgic and moving and satisfying while creating a new story that was engaging and fun. 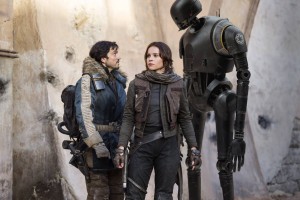 Now we have Rogue One directed by Gareth Edwards whose most notable previous credit is Godzilla (2014) and written by Chris Weitz (About A Boy) and Tony Gilroy (Michael Clayton, The Bourne films). I knew nothing about the story going in so I had no expectations. I, again, was pleasantly surprised! Rogue One, as my friend, Jacob, said afterwards, is a ‘heist’ film. It’s also a war film, a coming of age film and a very good film. I also like that it tells a contained story. 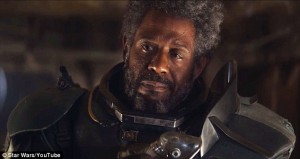 The action of the film takes place just prior to the events of Star Wars IV: A New Hope. It follows the story of Jyn Orso (Felicity Jones) whose father, Galen (Mads Mikkelson) is a weapons developer for the Empire. He is, seemingly forced to continue working for the Empire but manages to get Jyn to safety and in the hands of Rebel extremist Saw Gerrera (Forest Whitaker) who raises her until abandoning her to continue his war with the Empire. 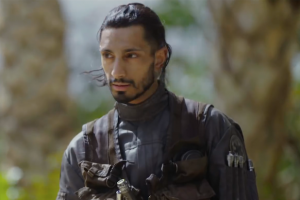 Years later, a pilot, Bodhi Rook (Riz Ahmed) defects from the Empire to alert the Rebels about plans to create a ‘planet killer” weopon: The Death Star! Eventually a gang of unlikely heroes band together to retrieve the plans for The Death Star for the Rebellion. They include Jyn Orso, Bodhi Rook; Dassian Andor (Diego Luna), a Rebel alliance intelligence officer, K-S2O (Alan Tudyk), a rebel owned Imperial droid, Chirrut Imwe (Donnie Yen), and his friend and protector, Baze Malbus (Jiang Wen). Together they embark on an impossible mission and it provides a thrilling last third of the film. 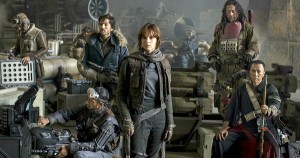 The film wonderfully weaves this story into the oncoming story that the original Star Wars film tells. You will see many familiar faces, some you can’t believe you’re actually seeing but through the miracle of modern technology you will! I won’t tell you more because it’s fun to watch and experience yourself. 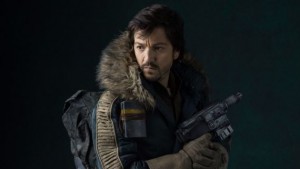 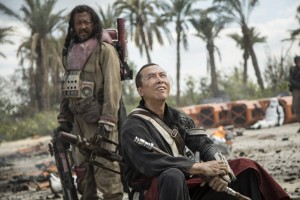 I commend the diversity in the casting and the characters. It never feels forced. The performances are universally good as are the vivid characters they portray. Ben Mendelsohn as Orson Krennic, gets to chew it up as the villain who only fears one other. I think you know who I’m talking about.

The film reminded me of The Guns Of Navarone (1961) and The Dirty Dozen (1967), the type of action films that don’t get made anymore. Yes, those are classics and better films but that is not to take anything away from Rogue One. This is a very entertaining and satisfying film that will delight Star Wars fans. 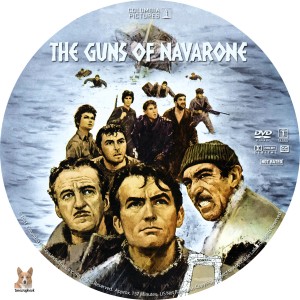 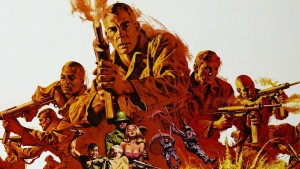 I just have to say this. The two scenes with Darth Vader are badass!! Seeing his limbless body in the ‘bath’ was awesome! And near the end when he boards the Rebel starship and wreaks havoc is one of the best scenes in the entire Star Wars film history!

Previous MANCHESTER BY THE SEA Next PASSENGERS