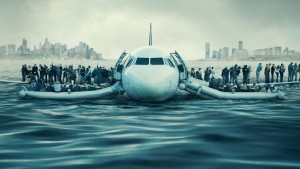 “It’s not a crash, it was a forced water landing.” Chesley ‘Sully’ Sullenberger

You might wonder how much of a movie they could make out of something that seemed pretty straight forward and where no one perished. They found a way. Director Clint Eastwood with his matter of fact style working with a script written by Todd Komarnicki, based on the autobiography Highest Duty by Captain Chesley “Sully” Sullenberger and Jeffrey Zaslow find the sweet spot in the retelling of “The Miracle On The Hudson”. 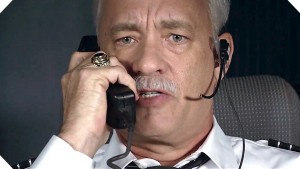 We see the fateful and brief flight several times at different parts of the film. Eastwood tries to wring as much tension and emotion as he can even as the audience knows the outcome. What I found interesting, and what I never considered, was that Captain Sullenberger went through some PTSD afterwards. Everything worked out and everyone lived so I never stopped to think that it must have still been a harrowing experience for all involved and a great burden on the pilot and co-pilot. Sully has nightmares that the plane crashes. His mind drifts off as he looks out a hotel window at Manhattan and imagines the plane crashing into a building. He questioned his decision making that day and worries that he may have put them all in danger unnecessarily. He certainly doesn’t feel like a hero. 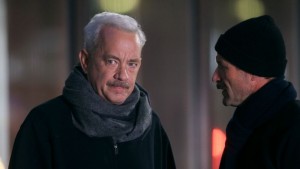 The NTSB (National Transportation Safety Board) also questioned his decision making and puts him and co-pilot Jeff Skiles through some tough questioning and an eventual hearing. It’s not often that they get to question the pilot and speak to survivors. The film obviously portrays them as the ‘heavy’ to create tension. Even the real life ‘Sully’ didn’t feel they were as prosecutorial as portrayed in the film but license is taken to make it more exciting. I enjoyed the exchanges between the pilots and the NTSB and the hearing in the movie’s climax is very well done and has you cheering.

“Brace brace brace! Heads down! Stay down!” the flight attendants on board. 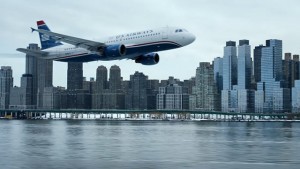 The re-enactment of the flight is also very well done and thrilling. Both engines are knocked out due to bird strike and Sully and Skiles have very little time to decide what to do. The air controller tries to help and clear runways at Teterboro and LaGuardia but as we all know, Sully determines that they won’t make it to either airport and calmly announces ‘we’re going to be in the Hudson’. The sight of a low flying jet must have been horrifying to the people of New York that morning. Sully uses every bit of his lifetime of knowledge to land the plane safely on the water. Boats and helicopters rush to aid the survivors and the film is a real tribute to those first responders as well. 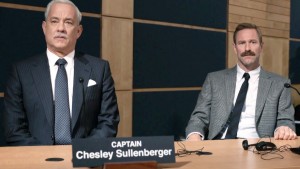 Eastwood is hit and miss with the films he has directed but you can always expect a well thought out and expertly executed production. Sully is one of his better films. It’s a simple story. It’s the story of a hero. It isn’t maudlin or overdone. That’s not Eastwood’s style. Sullenberger is a professional who did his job well and everyone lived because of it. 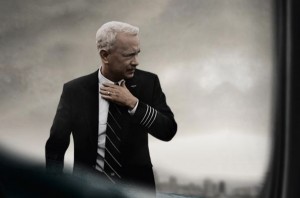 Tom Hanks is one of our best actors and he plays Sully perfectly. He is unassuming and humble but also vulnerable. He believes he made the right call and works through his doubts and fights so that his decisions are understood. Hanks makes it all believable as he always does. Aaron Eckhart as co-pilot Skiles is also good. He supports Sully and fights alongside him. There are a lot of familiar faces, Anna Gunn, Jamey Sheridan, Laura Linney, Michael Rappaport, Chris Bauer but it’s Hanks’ show and Eastwood’s who Hanks always refers to as ‘The Boss”. They deliver the goods. 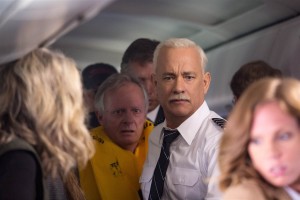 It may not be an all time great but a good movie about a real life hero done by all time pros isn’t a bad way to spend a couple of hours.