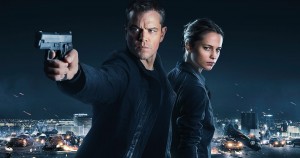 He’s back! That handsome, cold blooded, amnesiac, assassin Jason Bourne! Seems since he blew the lid off of the CIA’s Blackbriar and Treadstone programs and learned his real identity Bourne has not found peace and happiness. He’s been reduced to taking part in bare knuckle fist fights for money much like Clint Eastwood’s Philo Beddoe in Every Which Way But Loose (1978) only Jason is not having as much fun. He also has a deadly first punch! 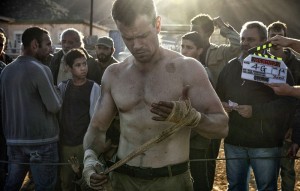 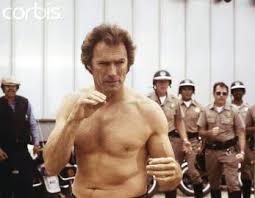 Matt Damon is back playing Jason Bourne for the fourth time in the five film series (Jeremy Renner played the lead in the 4th film in the series, The Bourne Legacy (2012), but did not play Bourne). He’s joined by the director of the 2nd and 3rd films Paul Greengrass and Julie Stiles who was also in the first three films. 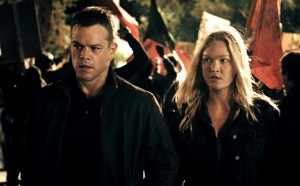 Bourne is in Greece, minding his own business and feeling melancholy when a face from his past comes to see him. Nicky Parson (Julia Stiles) has been working with an international hacker group and hacks into the CIA mainframe to retrieve some info about their black ops operations and also finds some info on Bourne’s father. She heads to Greece to meet Bourne and give him the disc with the info. BUT, over at the CIA, the head of the CIA’s cyber ops division, Heather Lee (Alicia Vikander) and CIA director Robert Dewey (Tommy Lee Jones) are alerted about the hack and that Jason Bourne may be involved. They track Nicky to Greece in hopes of getting Bourne. They arrange to meet in the center of Athens in the midst of anti-government protests. Nicky and Bourne are moving around without any disguises! Come on! Nicky! Wear a brunette wig! Bourne! How about a hat and a beard! Something! There are cameras everywhere and they know what you look like! She tells him that his father was instrumental in setting up Treadstone which is the program Bourne was recruited into and turned him into an assassin. Bourne doesn’t believe it. The last time he saw his father he tried to apologize for something and then was murdered. So there is still some unfinished business that Bourne needs to get to the bottom of and it’s very personal. 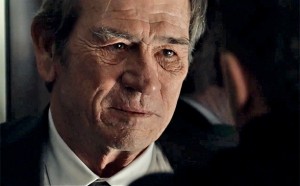 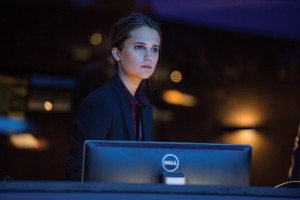 As usual, there is a lot of cat and mouse and double crosses. You’re not sure who can be trusted. Director Dewey allows Lee to run the operation to make contact with Bourne. She thinks she can bring him in from the cold but Dewey just wants him dead. He has a deadly asset on the job, played by Vincent Cassel, who has a history with Bourne and a grudge. Dewey also has an arrangement with a Mark Zuckerberg type character played by Riz Ahmed (Naz from The Night Of). Aaron Kaloor runs a company called Deep Dream and Dewey wants to use Kaloor’s company to conduct real time mass surveillance on through his website. Kaloor refuses which pus him in Dewey’s crosshairs and leads to a convergence of the characters in Las Vegas! 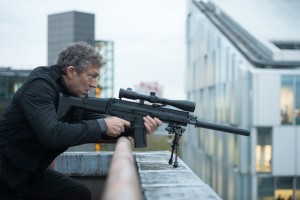 There is a great chase scene through the streets of Athens and an exciting car chase and fight scene at the climax of the film. If you’ve seen the other Bourne films this one will seem like déjà vu but its enjoyable regurgitation that goes well with popcorn and diet Dr. Pepper. It helps to have such a good cast that are committed and a good director who keeps things moving at a quick pace. There is another cast member from the HBO series The Night Of in this film as well, the wonderful Bill Camp. He plays a key role in explaining what happened to Bourne’s father and the scene between them on the rooftop of a hotel is an emotional highlight. 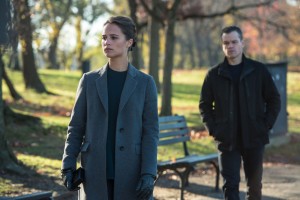 You’re not supposed to think too much with these films but you still have to wonder how Bourne can cause so much destruction in a place like Las Vegas and just walk away and disappear. But hey! He’s Jason Bourne! That’s what he does. 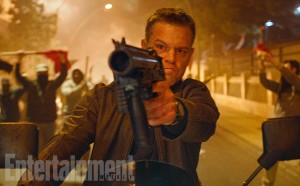 They can easily keep making these films but I think they may have hit the peak with The Bourne Ultimatum (2007) and while Jason Bourne was solid entertainment I’m afraid we can only look forward to diminishing returns.