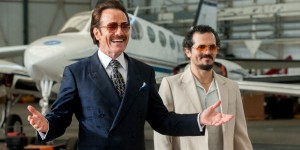 Based on the autobiography of the same name by U.S. customs special agent Robert Mazur, The Infiltrator is an exciting and well acted thriller about Mazur’s undercover operation to bring down Pablo Escobar’s money laundering operation. The film has a gritty feel and the photography, at times, reminded me a Michael Mann film, mostly Thief (1981), an excellent, underrated neo noir. 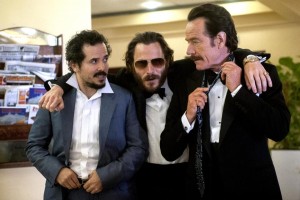 Breaking Bad fans know that Bryan Cranston can be intimidating and scary and Cranston brings the ‘bad’ again here. This time he really is a good guy who pretends to be bad. Mazur is married to a woman that he’s known since eighth grade and two great kids. He promised his wife he was going to retire but when a colleague, Emir Abreu (played with great gusto by John Leguizamo), brings him a case dealing with Escobar, Mazur can’t pass it up. Soon he is setting up an alias and a back story and knee deep with the Colombian drug cartel’s underlings. This is a scary bunch. He becomes ‘Bob Mousella’ and passes himself off as someone who can launder the drug cartel’s money through his legit businesses. During his first meeting with the cartel associates he takes them to a strip club. One of them buys Mazur one of the ladies and tells him he can do anything he wants. Mazur, of course, a married man, does not indulge and gives the excuse that he’s engaged. 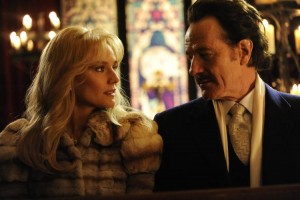 This leads his boss, Bonni, played by the wonderful Amy Ryan (Gone baby Gone, The Wire) to assign him a female agent to play his fiancée. Diane Kruger plays the part of Kathy Ertz and proves to be incredibly good at undercover work and a great partner for Mazur. Mazur’s wife, Evelyn (Juliet Aubrey) isn’t too keen on this set up though. 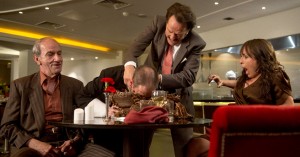 There is a great scene in a restaurant where Mazur has taken his wife to celebrate their anniversary. He ends up running into one of the cartel associates he’s been dealing with and has to immediately flip the switch to become Musella and much to the disgust of his wife, humiliates a waiter to impress the mark. 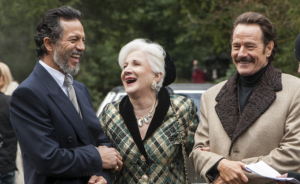 Mazur winds his way up the ladder, even using his real Aunt Vicky (Olympia Dukakis!) to impress Roberto Alcanio (the dapper Benjamin Bratt) and cement Mazur’s story that he is a good family man as well as business man. Alcanio is a direct link to Escobar and Mazur and Ertz spend a lot of time with Alcanio and his wife, Gloria (Elena Anaya) to earn their trust. They do. The deeper Mazur goes in the more dangerous it becomes. There are some very intense scenes for Mazur, Ertz and even Abreu as they are threatened with being caught. It definitely keeps you on the edge of your seat until the end. 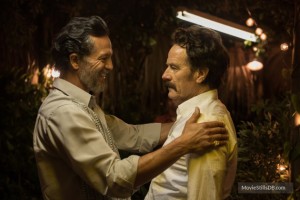 Director Brad Furman (The Lincoln Lawyer) holds the tension throughout and elicits good performances from the cast. But this is Cranston’s show and he delivers the goods. There is something about Bryan Cranston that just makes you want to be on his side whether he is playing the good guy breaking bad or the good guy pretending to be bad, you are with him. Cranston loves what he does and he throws himself into every role with everything he’s got. He gets great support here and it makes The Infiltrator a fun, intense crime thriller.