THE NIGHT OF: EPISODE TWO – THE SUBTLE BEAST 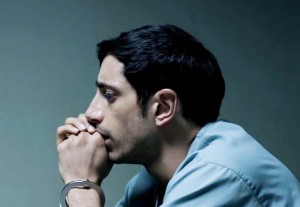 Episode Two is titled The Subtle Beast which is what Naz calls Detective Box during his visit with his parents. This episode follows Detective Dennis Box and lawyer John Stone a little more, getting a feel for who these men are and how they work.

Stone, as already established has bad eczema on his feet. He wears sandals and uses a long round stick to scratch his feet from time to time. We see him on the subway doing this and the woman sitting next to him gets up and moves away. We also find out he was married to a black woman and has a teenage son. He and his wife seem to have an amicable relationship but when he tells her that he is going to be a lawyer in a big murder case she acts surprised and makes a quip which she apologizes for but you can see it bothers Stone. It’s made pretty clear that he’s an ‘ambulance chaser’ and has an antagonistic rapport with the cops. But in the scene between Stone and Box they seem to have a more friendly relationship, a begrudging respect. Even in the arraignment scene toward the end of the episode, the judge asks Stone “are you a friend of the family or was this ‘right place at the right time’?” This is a big case for Stone, not just big compared to the small time cases he usually handles but also seems big personally. Personal redemption. 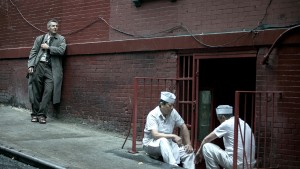 Stone keeps telling Naz not to say anything to anyone. Naz wants to talk. He wants to tell the truth that he didn’t do this. “The truth can go to hell because it doesn’t help you. And if you can’t get that through your head you can forget about the rest of your life.” Stone tells him. Stone has not asked him what happened. He doesn’t want to know.

“I don’t want to be stuck with the truth. Not until I have to be.” Stone
“You think I did it.” Naz
“I don’t think anything.” Stone 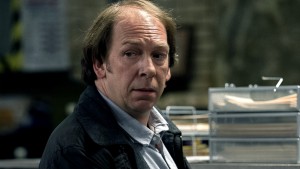 Box, like to listen to opera. Makes sense. Box goes back to the crime scene and gives it another once over. He finds Naz’ inhaler on the bed and takes it. He calls Andrea’s step father to have him come down to identify her. He seemed uninterested. He sounded like he’s tired of putting up with Andrea’s problems. He comes down and is shown photos of Andrea and at first says it wasn’t her but when he’s asked to actually view the body he changes his tune and confirms that it is his step daughter. Box speaks to him and finds out that her mother died of cancer a year before and that the apartment was her mother’s. Her dad died when she was young. 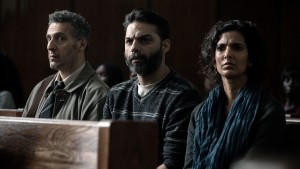 Naz’ parents show up to see Naz after going to the wrong police station. They’re not allowed but Box shows up and lets them see their son. Pretty tricky. While Naz is in an interrogation room speaking with his parents Box is listening in of course. Naz seems to pick up on this and starts speaking Pakistani. When his parents call Box a ‘nice man’ Naz says, matter of factly, he is a ‘subtle beast’. Box manages to move Naz to a different cell out of sight from Stone so he could have another crack at getting him to talk. He tries to ‘Jerry Maguire’ him by saying “help me help you”. He even gives his inhaler back to him. But Naz doesn’t fall for it. Knowing he’s not going to get a confession out of Naz, Box writes ‘homicide’ on the board next to Naz’ name and books him for the murder. Naz is transported to a different station to wait for arraignment. Box, in another ‘subtle’ maneuver, gives Naz a sweatshirt that says ‘Harvard’ on it. This works. Once he is with other prisoners and even the guards see the Harvard on his sweater and make him for a rich kid. One prisoner called Hightower brutally beats another prisoner in the holding cell for making too much noise puking in the toilet, probably having withdrawals. I fear Naz will end up having a problem with Hightower in the near future. 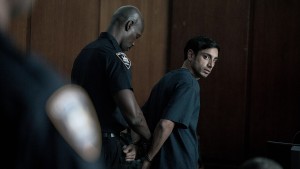 At the arraignment Stone makes a valiant effort to get Naz released with bail but the judge wasn’t having it. As the episode ended, Naz was transported to Riker’s Island. The show really puts the fear of God in you as you experience what it must be like to be in the criminal justice system. Naz is trusting Stone so far. He doesn’t understand why he can’t simply explain what happened. Stone tells him they need to wait to see what the prosecution thinks they know first before they reveal anything. It’s horrible. In the meantime, he will need to survive until the can go to trial.

At this point, it’s clear the show has us sympathizing with Naz and looking for the real killer. But what if the twist is he actually did do it? Plenty of suspects for the former though including the step father who seemed a little too detached. 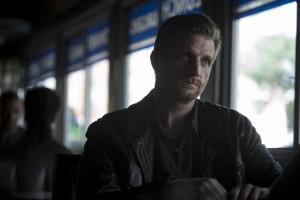 Another solid episode though not as dynamic as the premiere. The cinematography is excellent as is the attention to detail. We’re seeing clues (the blood on the mounted deer head) but still don’t know what to make of them. I’m still intrigued.