THE NIGHT OF: EPISODE 1 – THE BEACH 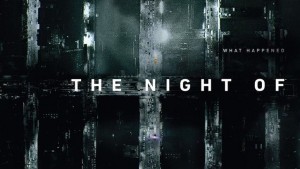 The Night Of is based on a British series, Criminal Justice and has been adapted by two very good writers, Richard Price (The Color Of Money, Clockers) and Steven Zaillian (Schindler’s List, Gangs Of New York). The opening 90 minute episode is a very compelling set up for this 8 part HBO series. There have been many shows recently that have tackled the American criminal justice system, American Crime, Making A Murderer, and even The People Vs. OJ Simpson. All these shows have been excellent and while all deal with similar subject matter the real common denominator is the writing. Hopefully, The Night Of will continue to be as interesting as this first installment titled “The Beach”.

Nasir Khan (Riz Ahmed) is a Pakistani-American college student who lives in Queens with his parents. He gets invited to a party by some African American basketball players from school that he is tutoring. His friend is supposed to pick him up but was not able to borrow the car. Nas really wants to go to this party so he takes his father’s cab without asking and drives into the city. You can feel the tension build as Nas drives around looking for this party and people are trying to hail a cab. He doesn’t know how to turn on the ‘off duty’ sign. People get in the cab and some off duty cops help him out by telling them to get out of the cab. But before you know it, another person gets in the cab. This time it’s a beautiful young woman. Of course, this time, Nas agrees to take her where she wants to go. “The beach”, she tells him. Since they were in Manhattan, Nas suggests ‘the river’ and off they go.

This all happens in a very dream like way. A kind of frightening dream. You feel his apprehension about everything; taking the cab, not knowing his way around the city, people getting in the cab, the cops, the girl. It all feels surreal and out of control. He is being pulled into something. And, like in a dream, you keep going further, not because you want to, necessarily, but because you must. 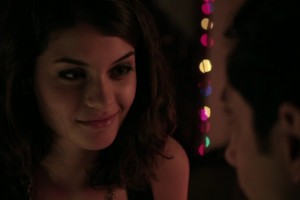 Who is this woman? She says she doesn’t want to be alone. What is she afraid of? Is she afraid? Once they get back to her place on West 87th Street, they’ve taken drugs, which Nas obviously never does, and they have an encounter with two young black men who make a racial taunt directed at Nas. Once inside, she pulls out tequila, more drugs, cocaine and a knife. Who is this woman? Nas goes along because, why not? But he’s as scared as he is turned on. They end up in bed and have sex. Some time later, Nas finds himself in the kitchen, half dressed, fridge open. He goes upstairs, back to the bedroom, he starts to dress, saying he has to go. He turns on the light. There is blood splattered on the lamp shade. He immediately turns it off. Then he turns it on again. She is lying face down on the bed, naked, covered in blood, multiple stab wounds. 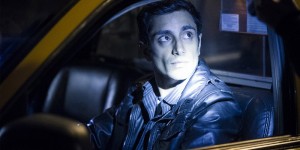 The dream is definitely nightmare now. Panic sets in. All his actions from here on out will be mistakes. He will be caught. It will look like he did it. He doesn’t remember which means he may have done it.

The detective working the case, Dennis Box (Bill Camp) is meticulous and sure handed. He thinks he has a slam dunk. Attorney Jack Stone (John Turturro) is in the station to see a client and catches a glimpse of Nas as he is leaving. Something pulls at him and he stops and turns back. “Who’s Gunga Din in there?” he asks a cop standing out front of the station. “He murdered a girl.” Stone, disbelieving says, “Who did?” he walks back into the station and introduces himself to Nas as his lawyer. 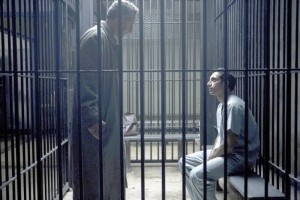 I was fascinated by the details. I didn’t mention many here because I wanted you to experience them for yourself. I really empathized with Nas. I could imagine being in his place. The pace is leisurely but never slow. I don’t remember any music either. The mood is set in eerie silences. There are many clues to pay attention to. You just might know what they are yet. The performances are good, not showy. It made me want to follow, like in a dream, not because you want to, necessarily, but because you must.