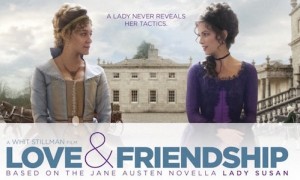 I saw Whit Stillman’s first film Metropolitan back in 1990 and loved it. It reminded me of an Eric Rohmer film, filled with characters discussing their lives and the world they lived in, social mores and appropriateness. He followed that up with Barcelona in 1994 about two young men navigating love and relationships in a foreign country. These two guys could have logically been two characters from Metropolitan, now older but still confused. 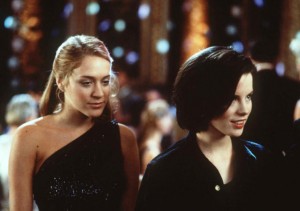 Then came The Last Days Of Disco in 1988. The story takes place in New York at the tail end of the disco craze and follows some young white people navigating love and friendship while doing drugs and dancing their asses off. Stillman’s films are all of a piece. They are morality tales and they involve young people struggling to make the right choices in matters of the heart. His new film, Love & Friendship follows suit. It also reunites his two young stars from The Last Days of Disco, Kate Beckinsale and Chloe Sevigny. 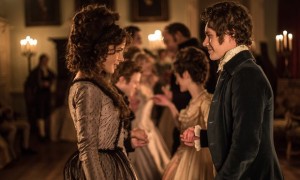 Love & Friendship is and adaptation of Jane Austen’s novel Lady Susan which is about a recently widowed young woman (Kate Beckinsale) who is trying to find a husband for her young daughter, Frederica (Morfyyd Clark) . She moves from relation to relation, living off of their goodwill all the while causing all sorts of mischief for her, her daughter and her married American friend, Alicia (Chloe Sevigny). She lands at Churchill, the estate of her brother in-law Charles Vernon (Justin Edwards) and his wife, Catherine (Emma Greenwell), where her reputation as a flirt precedes her. Once there, she proceeds to seduce Catherine’s young brother, Reginald (Xavier Samuel), grooming him for herself all the while still carrying on an affair with another married man. It’s a comedy of manners and mores much like Stillman’s other films. It is also very British, meaning; it’s subtle and dry but very funny. 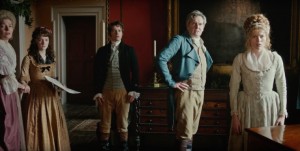 Kate Beckinsale is very understated as Lady Susan, a woman so intent on getting what she wants she has no qualms about using every pretense and form of manipulation to achieve her ends. If Beckinsale is ‘Lucy Ricardo’ then Chloe Sevigny is her ‘Ethel Mertz’. Sevigny’s character is loyal to her friend even in the face of her husband’s objection to their friendship and threats of sending her back to Connecticut if she ever sees her again. 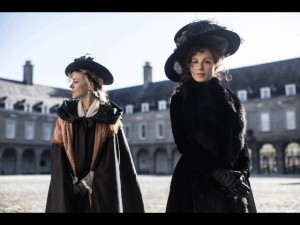 The stand out performance however, is given by Tom Bennett as James Martin, a suitor for Lady Susan’s daughter’s hand in marriage. He is a delightful idiot, awkward and harmless with a constant ingratiating smile on his face. He provides the biggest laughs in the film in his few short scenes. 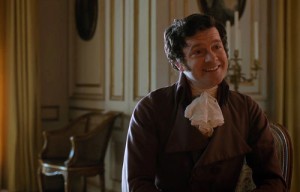 This is a small film that doesn’t quite excite but goes down easily like a stroll around the gardens. Beckinsale and Sevigny are lovely and have great timing and chemistry together and keep things light and witty. I would love to see Stillman to tackle the ‘millennials’ in his next film much like Noah Baumbach did in “While We’re Young”. Stillman’s only 64 and Rohmer was making films well into his 90s. He’s still got a few more good ones in him!

Previous GAME OF THRONES S6EP10 RECAP: THE WINDS OF WINTER Next MAGGIE’S PLAN