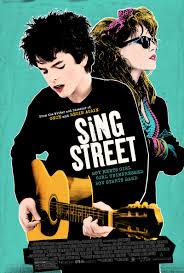 If you grew up in the 80s or have any affection for that decade you will love Sing Street. The new film from writer-director John Carney (Once, Begin Again) is a wonderful, feel good valentine to teen angst and first love. I defy anyone to watch this movie and not smile. The film was shot entirely in Dublin, Ireland with a cast of unknowns save for one very familiar face, Aidan Gillen who plays the main character’s father. Gillen is well known from 2 HBO series, The Wire and Game Of Thrones (Little Finger). 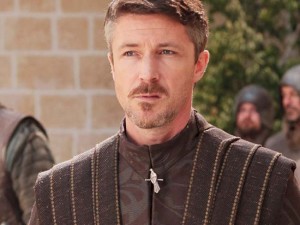 John Carney’s most well known films are all filled with music and about the creating of music. Sing Street is semi-autobiographical about his growing up in Dublin and as he describes it, ‘about a boy who starts a band to impress a girl.’ It’s absolutely lovely and sweet. 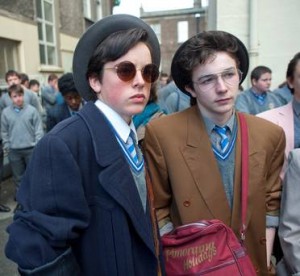 The film takes place in Dublin circa 1985. Conor Lalor (Ferdia Walsh-Peelo) wakes up to a family meeting. His parents announce that they are struggling financially and in order to slash their budget they need to pull Conor out of the nice fee paying school he went to and into a state run public school. The place is a madhouse run by a sadistic priest. But Conor sees a striking girl across the street form the school, Raphina (Lucy Boynton). He gathers the courage to speak to her and tells he he’d like to hire her to be in a music video he’s making. She gives him her number and he immediately starts to form a band. 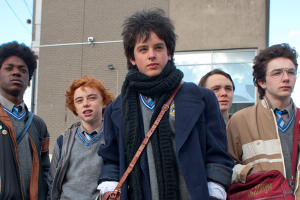 Music videos were new in 1985. Conor with the guidance of his older brother, Brendan (Jack Reynor), begins to learn about music and studying Duran Duran and Hall and Oates videos for inspiration. But his muse is Raphina. Conor also finds allies in Darren (Ben Carolan), a scrawny red headed guy who introduces him to Eamon, who can play every instrument there is and just wants to play music. Conor and Eamon start writing songs together. These scenes are just wonderful as we see these two young boys work out their feelings and write a song together. Soon they’ve put together the rest of the band and start shooting music videos. Raphina is a wanna be model and she helps the boys with their look by applying the necessary make up to create the desired look. The videos are perfect 80s knock offs! Just silly and infectious. 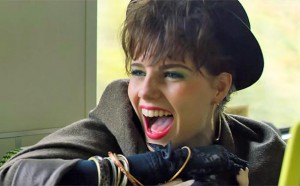 But while Conor falls in love and woos Raphina his parent’s relationship is falling apart. His mother has taken up with another man and soon they announce that they will be divorcing and having to sell the house. Conor, Brendan and their sister, Anne will have to live with their mom and her new boyfriend while their dad finds an apartment. There’s a wonderful scene with the three of them in one room listening to their parents argue and they turn up the music and start to dance to keep from feeling their pain and their parent’s pain. 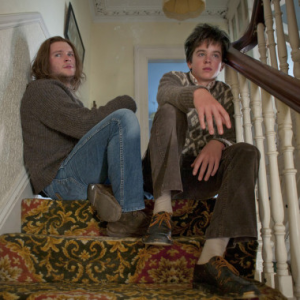 The relationship between Conor and his brother Brendan reminded me of mine with my older brother, Ray. Brendan had wanted to play the guitar and write music when he was younger but ended up a pothead and dropping out of college. Now he sees his dream blossoming in his younger brother and he’s both proud and envious.

Conor is more determined than ever to win Raphina’s heart. There’s a climactic school dance and Conor’s band gets to play and you see the birth of a rock band on that stage. The final scenes between Conor and Raphina amazing and giddy. Ah, to be young and in love again! 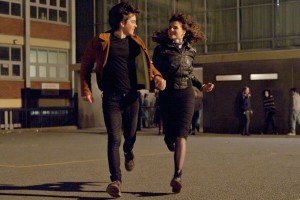 As he did with Once and Begin Again, Carney tells a hopeful story. Carney manages to make his characters real all the while spinning a fairy tale story that is filled with hope, love, possibility. His films are very unique. There are those that will find them too saccharine or silly but every Once in awhile you need a dose of the positive. This is a great date movie, by the way. And the original songs written for the film are catchy. You’ll be singing them all night!