THE DEVIL AND THE DEEP BLUE SEA 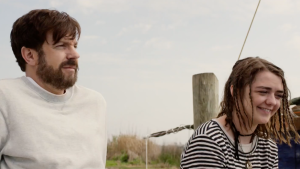 The Tribeca Film Festival is going on and I always try to see two or three films each year because it’s such a great festival and I love the energy. Last night I saw this film which is about loss, grief and redemption. It’s a highly emotional film and I found myself laughing, crying and physically reacting to what was happening on screen. Movies that compel us to feel this way are movies that we have positive feelings about. This is not to say that they are great films, “Oscar Caliber’ or classics. Hollywood used to churn out hundreds of films like these. They used to populate the airwaves and can now be found on Turner Classic Movies. They were called ‘dramas’ and they were intended to draw you in for 90 minutes and make you relate to the characters plight and cry and sometimes feel good at the end and sometimes feel sad. They offered a release. They were cathartic. And we loved it.

Today the most popular films and the ones that play on most theater screens are big Marvel films (The Avengers), animated films (Inside Out), comedies (Trainwreck) , high concept-big name cast films (The Big Short). There’s little space for the ‘dramas’. Most ‘Indie’ films are these type of movies. They are made on low budgets with a short shooting schedule and they are about people. They are small stories about love, loss of love, grief, overcoming obstacles, finding yourself. You can call them corny. You can call them self-important. But, when done well, they move you. They leave you feeling something. That’s what this is all about whether it’s film, theater, paintings, poetry, novels, etc. It’s whatever you’re open to. 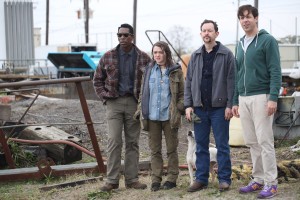 The Devil and the Deep Blue Sea is about Henry (Jason Sudekis), an earnest young man, who’s married to the most lovely, spirited, loving woman, Penny (Jessica Biel). She’s 8 months pregnant, they’re redecorating the house and he’s up for a promotion. All signs that something awful is about to happen to them. It happens to her. He’s devastated. He doesn’t know how to go on. One night he runs into this young girl, Millie (Maisie Williams), who Penny had noticed wandering the neighborhood with her dog, gathering scraps of wood and metal and lugging it around in a shopping cart. Henry feels the need to reach out to her, to help her. He feels that Penny would have wanted him to. She’s living with her uncle since her father took off on a raft 8 years earlier and never returned. She’s gathering material to build her own raft and sail away. Henry begins to help her and in the process the two of them help each other grieve and heal and find a way to move forward.

The story may sound familiar and of course, the film hits familiar notes; the main characters don’t trust each other, they begin to like each other, they find a common cause, they grow close, there’s a late in the story twist which challenges their relationship and then they patch it up and finish what they started. That’s storytelling. The film is telling a story.  And, like a lot of stories, it deals with basic human nature. The trick is telling it well.

I was moved by this movie. There is some narration from Millie who talks about the stories of people who took to the sea on rafts including Thor Heyerdahl’s 8000 mile Pacific Ocean crossing on his hand made raft. Does she think she’ll find her father? No, but maybe she wants to see what he saw before he died, experience what he felt was worth leaving her for. Henry not only lost his wife but also their unborn child. His boss (Paul Reiser) keeps encouraging him to get back to work and his mother in law (Mary Steenburgen) also tries to lure him back to a normal routine.  She has her own issues accepting her daughter’s death. It’s too bad they never connect or talk about it until the very end when there just isn’t much left to say. Henry’s made his decision by that point. Henry and Millie both feel they have nothing else to live for but the memory of who they’ve lost. The ending is quite ominous and left me perplexed. It should lead to an interesting conversation with the person you watch this with.

Jessica Biel is wonderful in her short screen time as Penny. She has not done much in the last few years but seems to be getting back to work. She also co-produced the film which must have led to Justin Timberlake doing the soundtrack. It’s very different for him and works for the film though not memorable. 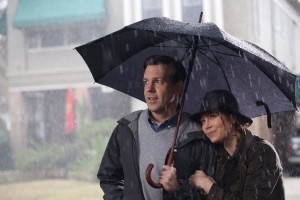 Maisie Williams is very good as Millie though I wondered about her accent from time to time. She decided to go with only the hint of an accent which was probably wise but it came and went. She conveys a lot with just a look. Much like her character from game Of Thrones, Arya, she’s strong and defiant and can still be vulnerable. 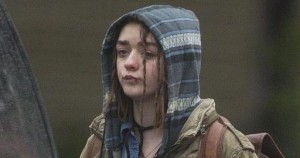 Jason Sudekis’ performance was a little more problematic. He tries very hard and he’s very likeable so you’re sympathetic to Henry. But he hits the comedic notes a little too broadly and he doesn’t have the chops to go to the real deep dramatic levels required for the part. I read that Jeffrey Dean Morgan was originally cast and I could see that being a better fit. Sudekis is trying to stretch beyond the wise ass comedic roles. This is a good step and hopefully we’ll see him even stronger in future dramatic turns.

The film was shot in New Orleans but doesn’t rely on the usual shots of the French Quarter or any known landmarks which is refreshing. The film was directed by Bill Purple also co-wrote the screenplay with Robbie Pickering. This is Purple’s first feature and it was a project that took 8 years to complete. He does a fine job and we’ll see where he goes from here. These small films are tough to sell. A lot of work goes into them and they may not even get a run in the theater. This one may go directly to On Demand. But keep an eye for it and catch one afternoon. It may remind you of someone you know. While I was watching the film, Jessica Biel’s character immediately reminded me of the person who went with me. It was funny because she felt that, too. It’s fun when you’re watching a movie and say, “I know someone like that!”. It’s funnier when they’re sitting right next to you.

I’ll leave you with the two words I remember most from this film. Two words which Penny lived by and inspired Henry to be. Two words which should be how we all should live. “BE BOLD”. I take it as good advice.