BATMAN VS SUPERMAN: DAWN OF JUSTICE 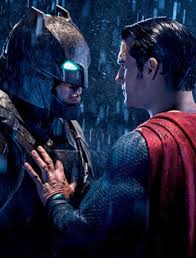 “I bet your parents taught you that you mean something, that you’re here for a reason. My parents taught me a different lesson, dying in the gutter for no reason at all… They taught me the world only makes sense if you force it to.” Batman

“All this time I’ve been living my life the way my father saw it. Righting wrongs for a ghost, thinking I’m here to do good. Superman was never real. Just the dream of a farmer from Kansas.” Superman

Yes, Batman and Superman are not happy campers. They are downright morose. They have daddy issues and mommy issues. They have butler issues and girlfriend issues. They have anger issues and PR issues. They have a lot of issues. Zack Snyder (300, Watchmen) tries to present these two super heroes warts and all and is hoping by the end of the film you will understand them better and root for them to be pals. Super Friends, if you will! But the film is long and clunky, thick with many characters and trying to set up the many sequels to come that by the time you reach their final duel you’ve kind of lost track of why they were mad at each other in the first place.

Batman vs Superman presents a world that is very much rooted in reality. When super heroes and super villains battle in the middle of a huge city a lot of damage occurs and also a lot of innocent people are killed. This is never usually addressed in these types of films. Although, when it is, as in the Christopher Nolan Dark Knight Trilogy, it usually ends with the hero protecting the city from massive destruction and innocent deaths. The upcoming Captain America: Civil war purports to deal with this notion as well and I will be interested to see how deal with it. But when Bruce Wayne witnesses the destruction caused by Superman as he battles General Zod in the streets of Metropolis at the beginning of this film and sees the cost in human life, naturally he sees Superman as a reckless extraterrestrial that is a danger to the planet.

The film sets up the conflict between these two very believably and the more they interact the more they dislike each other. In their early battles it’s obvious Superman has the upper hand. He’s an alien with super human powers! But we all know Superman has a weakness. Kryptonite. Enter Lex Luther (Jessie Eisenberg), who convinces a US Senator (Holly Hunter) concerned about the danger that Superman represents, to allow him access to some kryptonite discovered in the Indian Ocean to be used a means to keep Superman in line. Of course, Bruce Wayne gets his hand on this as well and weoponizes it use against the Man Of Steel in battle. 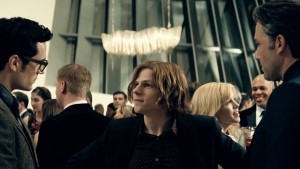 There is a lot going on in this movie and a lot of it is very interesting. I wish it was less busy so it could have spent more time concentrating on some of the smaller details. Even at two and a half hours you feel like you’re being very quickly ushered through a tourist attraction without being able to take a good look at what you’re seeing. It’s also a very dark, depressing film. I like dark and I don’t mind depressing. The Dark Knight Trilogy was also dark and rooted in a sense of reality. The difference comes in the script, the direction and the performers.

The script is written by Chris Terrio and David Goyer. Terrio won an Oscar for writing Argo and is also writing the upcoming Justice League films. Goyer co-wrote The Dark Knight and The Dark Knight Rises. How could you go wrong? One thing it could have used is a light moment here and there. A scene or two of the characters smiling or at least not being so morbid. Director Zach Snyder has a certain style, he has his signature touches that fans of 300 or Watchmen will see here. But Snyder’s style doesn’t leave much room for humanity. It’s cold and calculated. Perhaps his previous films worked better because the stories they told begun and ended within the one film. Batman vs Superman is at once a sequel to Man Of Steel and the set up film for the Justice League franchise so you had to get Wonder Woman in here and find a way to introduce The Flash and Aquaman. It was a lot to juggle and never quite meshed into a strong momentum building film. 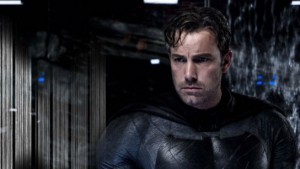 This brings us to the performers. There was a lot of skepticism about Ben Affleck as Batman but Affleck delivers the goods. He’s not given a whole lot as Bruce Wayne other than he’s old and miserable and the deaths of his parents are still an open wound. There is a short scene where we see him look at what seems to be Robin’s uniform with graffiti written on it. It’s insinuated that Robin was killed. By the Joker? It’s never discussed and over before you have a chance to think about it. Affleck as Batman does deliver the most exciting action sequence in the film. The only time I smiled. Henry Cavill physically looks great as Superman but he’s a cipher. He has little personality and there are moments in the film where I just think he’s a jerk. Jesse Eisenberg brings his manic energy to the part of Lex Luthor. Amy Adams is always reliable and strong as Lois Lane. Kevin Costner is brought back for a short scene as Superman’s step dad. Diane Lane returns as Martha, Superman’s step mom who is integral in Lex Luthor’s plot to kill Superman. Holly Hunter is wasted as Senator Finch as is Jeremy Irons as Alfred. Then you have Gal Gadot as Wonder Woman. She kind of floats in and out of the film until the grand finale when she joins the boys to do battle with the unholy creature that Lex has created using the dead body of General Zod (a life sized sex doll version of Michael Shannon. I wonder if he got as paycheck?). Gadot is beautiful but not who I would envision Wonder Woman to be. Maybe I am still stuck on the sight of Lynda Carter in her Wonder Woman garb. 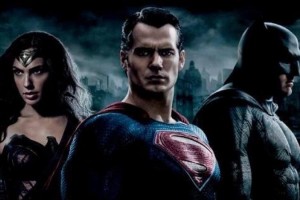 I can understand why some were disappointed in the final product. The Marvel films are bright and vibrant. Robert Downey Jr. and Chris Evans are incredibly likeable. There is plenty of humor injected in those films. B vs S is not like those films. The Dark Knight Trilogy films were not like the Marvel Films either but it did include some levity and likeable characters as well as perhaps the greatest movie villain performance of all time in Heath Ledger’s Joker. They were also co-written and directed by Christopher Nolan. Zach Snyder is no Christopher Nolan.

I don’t expect the Justice League films to be much better though I will see them and hope to be surprised. I am looking forward to the Ben Affleck stand alone Batman movie that is in the works. I think there are plenty of ideas to mine from this older Batman and Affleck is a talented writer-director. Something really good could still come out of something that was just okay. 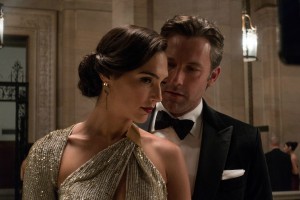