BORN TO BE BLUE 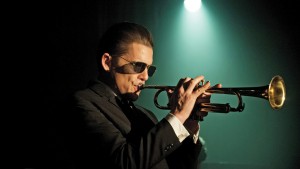 Chet Baker is a fascinating person. I grew up knowing his music without knowing him as a person. I just heard the smooth sound of his voice and the cool notes of his trumpet. When I watched the 1988 Bruce Weber documentary Let’s Get Lost, I really got a sense of the tragedy of Chet Baker. In the 1950’s he was in his early twenties, he was beautiful with the voice of an angel. He was the James Dean of jazz cool. He was West Coast jazz royalty. He had a sound that was unique and different from the hot be-bop East Coast vibe. But Chet Baker got addicted to heroin. He was addicted for the rest of his life. But, like many talented artists, he continued to create and create beautifully, heart achingly, sadly despite his many faults and self destructive nature. The fact that he was able to create music so thrilling and timeless and soul piercing was his triumph.

Born To Be Blue, written and directed by Robert Budreau, is like a Chet Baker song. It’s all emotion with reality being something in the background. It opens in a jail cell in Italy. Baker is a mess, going through withdrawals on the floor of the cell, looking at his trumpet. He sees something coming out of the mouth of his trumpet, a tarantula. The guard comes in and announces he is being released. A man in a suit is there to take him out of the cell.

The film cuts to New York City, 1954. The film has gone from color to black and white now. Baker is on top of the world and making his debut at Birdland. He’s on a bill with Miles Davis and Dizzy Gillespie. His beautiful girlfriend, Elaine, is also there, giving loving support. He ends up back at his hotel room with a different woman. They’re drunk. She pulls out a spoon, a rubber tube, a bag of heroin. This is Baker’s first time injecting the stuff. He hates needles. As Baker and this woman writhe on the sofa, high and half dressed, Baker’s girlfriend walks in and throws the other woman out, yells at Baker. The director yells cut. It’s a movie set. The woman is an actress, Jane, playing Baker’s former girlfriend. Baker is playing Baker. She’ll soon be his new girlfriend. He’ll soon be at the lowest point in his life. The movie is mostly about how he works his way back. Back to his music. 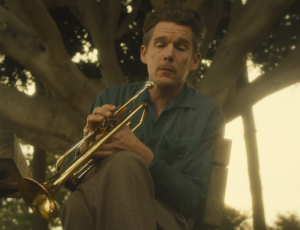 It’s a familiar formula in musical bio pics. But Born To Be Blue doesn’t profess to be strictly autobiographical. It takes liberties with Chet Baker’s story. It’s trying to find the emotional truth and convey that. I think it does a very good job. A lot of credit has to go to Ethan Hawk and Carmen Ejoga (Selma). Hawk is still pretty enough to have that hint of matinee idol that Baker was in the 50s but also a little worn which fits well into the time period the film is portraying Baker (the late 60s). He captures Baker’s incredible vulnerabilities and his intense passion for music which equals his own identity, his reason for existing. It doesn’t feel like an impersonation. He’s playing a character named Chet Baker. His singing is also impressive. You think you’re going to compare his voice to Baker’s but you don’t. It feels honest and it’s effective without being affecting. Ejoga plays the women in Baker’s life, both past and present. She is a fictional character, a composite of several real women that tried to love Baker. They have great chemistry and you want them to succeed, together and separately. 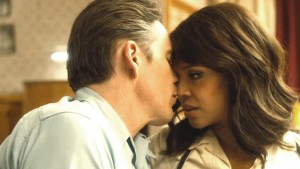 I really liked the feel of this film. I liked the scenes on the beach, Baker meeting Jane’s parents for the first time. The scenes in the studio, Baker wearing a mariachi outfit and doing session work just to keep his probation officer happy. The scenes between Baker and his father (Stephen McHattie) tell a lot very quickly. Even if you don’t know much about Chet Baker you will find yourself caught up in this story. If you are a Chet baker fan, you will appreciate Hawk’s performance and you will get what Hawk and Budreau were trying to achieve. They’ve written a song for Chet Baker and it’s sad and beautiful. 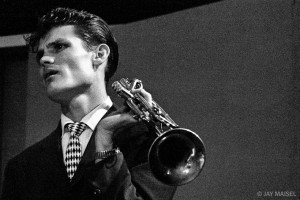